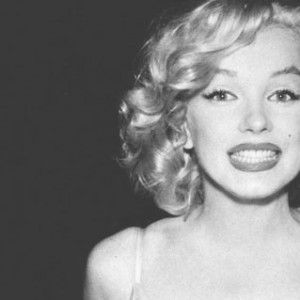 aellyniq
hello
True story
pt.1: Boy & Girl
He pensively dropped his head for a second. He then he looked me in the eyes from across the office room as he told me firmly
"with that beautiful face of yours and all that knowledge in that head of yours, you can do anything you put your heart into, Aneisha. Believe in yourself!"
With his dizzying, beautiful eyes, I fell for him and I haven't managed to pull myself up yet despite knowing that this feeling isn't mutual.

Though his sentiments are not romantic, I can't help but feel lucky that a kind and selfless soul would prefer me to lift my head high instead of staring into the sunken floor of my own self-pity.

Thank you, you amazing man for all your perfect words and well-timed grins and glowing brown eyes that I didn't notice until I lifted my own.

aellyniq
friendship
If you love me, let me know, but if you dont then i ask that you please let me go.
aellyniq


i like you, but it will never, ever, come from these lips of mine.
of the heart–
from the head.
9 0

aellyniq
flirt
if i ever liked you romantically, i first liked you, had my attempts at befriending you dismissed, then hated you, then tried to forget you ever existed while smiling in your face— well at least with what I can remember.
my name is bitter
— to you.
inspired
by zeldathemes
16 2

aellyniq
friend
What Does Love Look Like?
A. Ellis
Continued - Chapter 1: A Smile.

I just feel so deeply for him it's hard for my heart to hold just one feeling when we... kiss, so every feeling I experience all just forces their way out in this tingly, euphorious pressure behind my chest. How can something so heavy make you feel as light as air anyway?

At the time, it was off-putting to always see someone with a bright twinkle in their eye and laugh in their chest after something tragic and serious happens. I remember on one horrible occaision, he lost one of his closest friends and was able to smile as he told me, "He was the funniest, most idiotic guy I knew, in like, a good way. You know? I'm glad he was my brother. I'll remember him that way." You kind of expect a person to be sullen after losing someone, just like that, but he never is. It was this positivity that rubbed off on me and it just seemed to stain my heart, just like his favorite flavor of Powerade on a favorite white shirt. Maybe it’s the sugar high he's constantly on after a day of drinking nothing but the stuff.

He always in this constant state of contentment and he constantly tries to invite me to revel in his endless supply of it. Then something happened. I took him up on his offer one day because something about him pushed me to explore the strong build of his jawline with my palm. It fit perfectly. He gently covered my hand with his and like a rushing river, he poured into me, flooding my heart. When he peeled back, all that was left was the soft memory of his lips pressing against mine, that proud smirk of his under those intensely sharp eyes, and a more purple-faced, clumsy version of myself.

Because of this man who kisses me wildly mid-sentence; who cracks jokes when I'm complaining; who justifies everything with a smirk, I am a better person and would be lost in a cold smog of my own, miserable making.

I'm glad I met him and I hope he's here to stay— to kiss me from time to time, to share life's lessons with, to play a for a good bit, and to laugh a little while.

Love used to be this insanely huge, painful thing to conquer but now I see that love is simply a smile.

aellyniq
story
What Does Love Look Like?
A. Ellis
Chapter 1 : A Smile.

I remember the day I walked up to ask him if I was in the right place. He smiled with that youthful grin that we all had when we were tiny and hopeful. I hate to admit but it's kind of amazing. Somehow he kept that childish smirk while every other guy I've come across only has, held fast on their faces, a look that fades into a permanently cynical and pensive glare. The rest are just humorless.

With every word he spoke to me that day, he giggled slightly as if to hold in an inappropriate burst of laughter in. He reassured me that I was where I was trying to go and welcomed me right in like the entire time I was made to enjoy his dynamic company. He's always upbeat like that and it kind of rubs off on you. Each moment spent with him is like an intricately wrapped gift; the anticipation kills you a little but every layer you find yourself peeling back is a reward that gets you closer to the pure joy of knowing what's underneath. When you see it, you know that it was meant for you and completely trust that you were supposed to fall in love with it.

It's just crazy because with his kisses that taste warm and when he holds me close I feel more aware. It's so surreal that I start to feel something pushing out from behind my ribcage like I'll explode, but it doesn't. I just feel so deeply for him it's hard for my heart to hold just one feeling when we....

aellyniq
love
a hard battle.
for everyone you
meet is fighting
be kind;
139 2