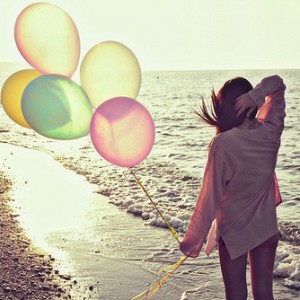 I think this is the right room. I was ready to just flop into bed, tired from the attractive chortling I did earlier. And it's only noon.
But then again I always take noon naps.
Eh.
I opened the door slowly, expecting to find some demon lunging out at me. The image that came to my mind was the animal. Barf. Her swollen duck lips made me want to jump her and snip them off with heavy duty scissors. The room was thankfully roomy, so I could practice my horrible seizure-like dancing and dying seal-like singing(i have nothing against seals, but that was the closest description I could think of).
Setting down my backpack, I looked around. On the right wall of the room, I spotted a wooden door, complete with an eye latch. What was that for? I carefully slid the latch to the right. What I saw I could not unsee.
It was Colton and giraffule, on top of each other, half naked, with her, planting her fat face all over his tan and muscular and attractive torso...
I made an "HUghwehhg" sound, and loudly slammed the latch shut. It made the loudest clacking sound ever. Ship. She's going to come in here. I made a dive for underneath my bed, pulling my backpack with me. Unfortunately, my body is unproportional, so my ankle dug into the bottom of the bed at an awkward angle. I was a moment early, thankfully, because I heard elephant feet stomping, openig the door with a creaky swing, and more stomping. I saw her perfectly nail polished feet walking around, trying to find me. I think I was breathing too heavily, and quieted it down a notch. God, it was suffocating down here.
"Come on. Whoever the peeking Tom is here, come out. I won't hurt you." I mentally scoffed.
"Anie, I think they left already," a familiar voice called out. So that was her name. It fits perfectly with the title of animal. I'll just say it as aniemal. I strained my ears for another sound of the pure voice. "No! I know they are in here! They're going to pay for being a peeper!" Oh god. Her 13 year old talk made me want to ROTFL again. But I have to save my breath before I pass out.
"Come over here Anie, I'll give you another round if you want," the deep voice said tiredly. I gagged. I little too loudly. "Who was that? Did you hear that Colton? Babe? Tell me you heard that." This is becoming comical. "Anie, I didn't hear anything. I think it was your imagination." I watched the tan feet pause right by the bed. My breathing quickened. Ship ship ship ship. "Anie." Colton said firmly. She let out a little huff, and scuttled over to the other side after whispering, "I'll find you, and find out who you are."
Creepy much? Ugh, I just neeed to get out of here. I tried moving various body parts, but I just could NOT budge. Firetruck.
About an hour passed since the little incident happened, and I can say I am happy to still be alive. Sort of. I really think I should call for help now. "Help," I called out meekly. "Is anyone there?" Nope. I tried this a couple more times, and gave up. Then tried again a few minutes later. This happened for another hour or so, before I let out a frustrated "EEEEEEOUGH" (yeah, I tend to make weird sounds at times) and kicked the bed as hard as I could muster with my free leg. I hear footsteps. And the door opening. "Hello?" a deep voice said softly. "In here," I replied equally soft. My life battery is dying. He looked around for a bit more, then figured out where I was. "I'll pull you out," he said as naturally as possible to someone that was just found under a bed.
After a few awkward pulls, nudges, and grunts, I was free, but really weak. Probably the suffocation under that hellbed. I looked up. Colton cradled my head with his arms. "Why were you under there?" I gave a weak smile before blacking out.

"Bye honey! We love you!" Mom and dad gave me a quick peck on both cheeks and drove off, seemingly as fast as they could. I turned around slowly to look at the bright yellow building, labeled: The Dandelion Summer Camp . I really don't understand why it's called a summer camp if people are staying for a year. Once I stepped in, my face was blasted mercilessly by the powerful AC that was on. My face stung a little, so I wiped it and kept walking. Right when I opened my eyes, I slammed into this bulky dude, who uttered an "Oomph".
"Sorry," we said simultaneously. "No, I am," we said at the exact same moment. We looked at each other and laughed. I wasn't used to this sudden contact and communication from people, especially guys. When I finished laughing, he kept on staring right at me. I noticed this, but looked away. Damn my ugly face and inability to socialize. "Colton!!" an extremely high pitched voice sounded from across the room got louder each second. "Hi babe!" the deafening voice screamed. I rubbed my ear and looked up at the guy I bumped into. Surprisingly, he was being smothered by a mysterious blonde chick's magenta lips. He had an embarassed expression. Because of this animal, I could only see parts of his face. Brown, kinda long but straightish hair, chocolate eyes, full lips. After like, three years, the animal stepped back. I quickly analyzed his face. God, it was attractive. His soft eyes drew me in. He gave me a sheepish smile.
"AHEM." I was harshly snapped back into reality. This girl. The first thing I noticed was her bust, her freaking double D's. They were nearly spilling out of her tight sparkly pink tube top. Her face was equally nasty-looking. Her mouth was pumped up to the point where she literally looked like a duck with swollen lips. She had about 87 layers of fake eyelashes and a gallon of eyeliner was put on all around her eyes. She looked high. The animal's bleached mane was teased so it resembled a mountain. Fabulous. Her butt was quite like she shoved two bowling balls into her pants. Beautiful. The leather pants she's wearing can barely cover that stuff. Her stilettos looked like glittery pink 6-inch daggers. One word for this female dog: FAKE.
"Hi!" I said brightly. She made a big deal of looking me up and down. "Who the hell is this?" she asked the poor guy in her shrill tone.
"I actually have no idea." At this point in their conversation, I was about to die laughing. She resembled a deformed giraffe with a mule's body. And that's an understatement. "Why the hell are you with her?"
"Well, we accidentally bumped into each other, and we were in the middle of a little chat." I gave him a grateful smile, but that almost let my laughter out.
"What the hell?" She drew in a quick breath, but it sounded out to be a snort. Oh. My. God. That was it. I choked out a little giggle. They both looked at me. Her cow eyes were glaring at me. I caved in. In about three seconds, I was rolling on the floor, chortling like a pig. The other people looked at me like I just shoved a cactus up their booty. Whatever. "What the hell are you laughing at?" I got up, dusted myself, walked straight up to Colton's tall figure, shook his hand, and said, "I'm Kaylyn. Nice to meet you. See you later." And walked away, with a sense of triumph in me. I mean, that was the most socializing I've done in about, oh, I don't know, 3 years.

"Are you kidding me mom?!"
"Sorry honey, but I don't want you to be alone while I'm gone. I actually want you to have a social life." I gasped in mocking hurt, although I knew it may or may not be true. At least I have 800 followers on Tumblr. "Besides," she continued, "You might even snag along a guy's heart. You just never know."
"Mom!" She laughed, gave me a quick kiss on the forehead, and left with a flourish of her golden blonde hair and the slam of the door.
Allow me to explain my current depressing situation, with full on details about my depressing life. For this year, I'm taking a gap year from college. Why? Because I can. Also because I was hoping my parents and I could enjoy this year together, since they're never home. Sometimes I even think they try to forget they have an ugly daughter with unruly yet dead hair, complete with an unproportional body and flat eyes who has no social life whatsoever. Anyway, instead of taking a total year off with me, mom and dad decided to have their own little happy vaycay without their daughter. Their only daughter. For a whole year. They put me in a little summer camp (yes, a SUMMER CAMP. How childish is that?) full of college students in my type of situation. Whoopee. And I get to live alone in their beach house near the so-called camp.
Now don't get me wrong, I love the beach house and its amazing view and all that, but I desperately need a friend. Sigh. At least the summer camp is only 4 hours long into the day. Oh, and I just remembered, I need a job. Great. This year is going to be terrible, and it hasn't even started yet.
5 2