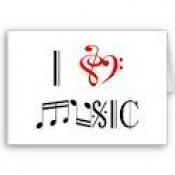 
follow block report
hey everybody! my name is julia and i am in the eighth grade. music is the best thing in the world. (the script and parachute are amazing) and, yes i have a him. he is my best friend in the whole world. so heres my story: i have known him since kindergarten. but not really. see last year in 7th grade, my friend and i were talking and i asked her who she liked. she smiled and said his name. i immediatly looked over at him, and in the next second, i realized that i knew nothing about this kid. that i had never talked to him. i couldnt pick out one single piece of information about him. soon after, i talked to him for the first time, telling him that my friend liked him. so him and my friend started dating. but after a while, they just drift away, not really breaking up. so then i kinda started liking him. so now, we are BEST friends. he tells me he loves me all the time, and i tell him i love him too. but i dont know if he really loves me. since we are graduating this year and going to diffrent high schools, i want to tell him how i feel before summer. but not while we are still in school because what if i tell him and he doesnt like me back? then we couldnt be friends and everything would just be akward between us.i would rather be friends than tell him the truth and we couldnt be friends anymore all my friends say we like eachother, but i obviously dont know his side of it. it would be awesome if i could read minds

azbaby97
love
if what you see by the eye doesnt please you, then close your eyes and see from the heart, because the heart can see beauty and love more than the eyes could ever wonder
format credit: wittygirl2010
7 0

Do-Re-Me
and love start with

the best kind of music
is the kind that warms your heart and gives you chills.
format credit: liketoysoldiers

live as though you'll die tomorrow,

dream as though you'll
live forever.

do what makes you happy,

be with who makes you smile,

laugh as much as you breathe,

a person's a person,
no matter how small.
be pro-life

"Dang it! I messed up!"
"Just turn it into something."

So Today,
my friend who is reading the Hunger Games with me asked me:
"Are team Gale or team Peeta?"
thinking of him, who is my best friend in the whole world, i smiled a replied:
"I'm team Gale."