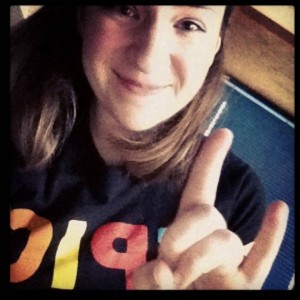 hey there stalker(;
my name is Bethany if you didnt notice before
im in 9th grade, I'm 15.
i love my family and bestfriends(:
i couldnt live without my music<3
witty is one of my favorite places
if anyone needs someone to talk to, i'm here :)
i have the bestest friends in the whole world i couldnt live without them
im here for you just contact me.
i know that God has his ways of moving people
and changing lives and He has the way
planned out for everyone.

follow me and ill follow back!(: and if you want to know more about me, just ask!(:
Niall Horan<3 Louis Tomlinson<3 Liam Payne<3 Harry Styles<3 Zayn Malik<3

"You can't protect me from everything,"

[] I am shorter than 5'4".
[] I have many scars.
[x] I tan easily.
[] I wish my hair was a different color.
[] I have friends who have never seen my natural hair color.
[] I have a tattoo.
[] I wear glasses sometimes.
[] I would probably get plastic surgery if it were 100 percent safe, free of cost, and scar-free.
[] I've been told I'm attractive by a complete stranger.
[] I have more than 1 piercing
[] I have piercings in places besides my ears.
[] I have freckles.

[x] I've fell in public.
[x] I've slipped out a "lol" in a spoken conversation.
[x] Disney movies still make me cry.
[x] I've snorted while laughing.
[x] I've laughed so hard I've cried.
[] I've glued my hand to something.
[] I've laughed till some kind of beverage came out of my nose

[] I've consumed alcohol
[] I regularly drink.
[] I have been diagnosed with clinical depression.
[] I shut others out when I'm depressed.
[] I take anti-depressants.
[] I've slept an entire day, when I didn't need it.
[] I've hurt myself on purpose.
[x] I've went to bed crying.

bethanysheaa
surveys
Don't Cheat or It Won't Work ! 1. Which is your favorite color out of: red , black , blue , green , or yellow ?
Green
2. Your first initial?
B
3. Your month of birth?
October
4. Which color do you like more, black or white?
White
5. Your favorite number?
5
6. Do you like Flying or Driving more?
Driving
7. Do you like a lake or the ocean more?
Ocean
8. Write down a wish (a realistic one or not. its ur life) to make my crush actually like me back for once When you're done, scroll down. (Don't cheat!) Answers:

1. Red- You are alert and your life is full of love.
Black - You are conservative and aggressive.
Green - Your soul is relaxed and you are laid back.
Blue - You are spontaneous and love kisses and affection from the ones you love.
Yellow - You are a very happy person and give good advice to those who are down.

2. If you're initial is: A-K You have a lot of love and friendships in your life.
L-R You try to enjoy your life to the maximum & your love life is soon to blossom.
S-Z You like to help others and your future love life looks very good.

3. If you were born in:
Jan-Mar: The year will go very well for you and you will discover that you fall in love with someone totally unexpected.
April-June: You will have a strong love relationship that will not last long but the memories will last forever.
July-Sep: You will have a great year and will experience a major life-changing experience for the good.
Oct-Dec: Your love life will not be great, but eventually you will find your soul mate.

4. If you chose:
Black: Your life will take on a different direction, it will seem hard at the time but will be the best thing for you, and you will be glad for the change.
White: You will have a friend who completely confides in you and would do anything for you, but you may not realize it.

5. This is how many close friends you have in your lifetime.

6. If you chose:
Flying: You like adventure.
Driving: You are a laid back person.

7.. If you chose:
Lake : You are loyal to your friends and your lover and are very reserved.
Ocean: You are spontaneous and like to please people.

8. This wish will come true only if you add this as a new quote. Copy and paste this in the next 10 minutes, and it will come true before your next birthday.
0 0

"How do you tell a girl you're not interested?"

"You've got to be careful so you don't come across arrogant.
Say you don't want to ruin the friendship or whatever.
If you're not interested there's no point leading someone on"


The wise words of Zayn Malik♥

bethanysheaa
advice
He was born dead, he
was bullied, he lived with
just one kidney for years,
was rejected 22 times.
He never gave up.
He is my hero,
and if you don't know
who I'm talking about,
you don't know enough a
bout him to judge him.
So, stop it.
4 0

bethanysheaa
celeb
"Thank you," Liam said. His voice pained. "For everything you have done for us."
Niall nodded and stared into the audience, tears stinging the corner of his eyes, "For being here while we did what we love. Thank you for staying through the tough times and loving us with your heart."
"We love you." Harry continued, the spotlight hitting his face perfectly as he admired the thousands of fans before him, "You guys made our journey amazing and something that we'll never forget."
The boys all nodded, tears rolling down their cheeks. Zayn stepped forwards, losing his normally calm composure, "You're all beautiful. You're all amazing and you're our fans."
The crowd fell silent as Louis stepped into the front.
"It's so hard to leave all of you... it's hard to end this and leave the boys but we have so many beautiful memories. So many perfect reminders of how perfect our lives have been."
The boys formed a group hug, crying into each other's arms as they finally realized that it had been their last performance as One Direction.
They turned into the audience and kissed their finger tips, raising them to the audience and waving slowly, smiling through their tears.
They brought their microphones to their mouths and each inhaled sharply.
"Bye... We were One Direction."
The stage became completely black and a hushed silence fell over the arena, the screen above the stage lighting up.
"I'm Harry Styles."
"Zayn Malik."
"Liam Payne."
"Niall Horan."
"Louis Tomlinson."
As their X-Factor performance flashed on the screen the boys stood offstage, staring sadly at the screen before them.
The clips slowly faded to darkness again, the boys turned to each other, a silence falling over the room.
"So this is it?" Niall whispered his voice cracking.
Harry nodded, quickly wiping away a tear.
They hugged for what seemed like forever, unable to let each other go before Harry adjusted his curls and walked to the door, waving goodbye to his 4 best friends, his 4 brothers.
Niall followed, along with Zayn and finally Liam, leaving Louis to sit on a guitar amp. His fingers drummed on the side as he stared at the ground, his tears falling quickly.
"Forever young..." He quietly sang as his tears fell, "I wanna be... forever... young."
1 0

January 21. That was today, and the day I found out that I would be moving. My father broke the news to me. I live in California, but I will be moving to London, England. I couldn't believe that I was moving so far away from all my friends. I had two days to say my goodbyes and pack everything I wanted to keep. I'm also in my last year of school, and starting school in the middle of the year didn't sound too good to me. I guess we'll have to see what all happens.

My family and I left for London at midnight last night because we had to fly to an eight hour difference in time. We arrived and were driven to our new house. It was a nice place too. I put down all my stuff and looked at the view I had from my room. The city was beautiful, and I had a nice view of Big Ben from here too. I told my dad I was going for a walk and grabbed my jacket. The streets of London were very busy. I kept bumping into people, and being pushed around. I looked down at my ringing phone for a second and next thing I know I'm on the ground. "I'm so sorry," a deep voice said. "It's okay," I replied, while he helped me up. "Aren't you Harry from One Direction?" I rubbed my eyes, making sure I wasn't seeing anything. He laughed, "Yeah, that's me. You a fan?"
"Actually, no, but it's nice to meet you" I smiled and he seemed a bit shocked.
"Nice meeting you too. Oh and I didn't catch your name?"
"Sadie,"
"Here's my number, I'll see you around" he smiled and walked off. Did that just happen? I smiled all the way back to the new house and I sat down on my bed, debating whether or not to text him so soon. I decided to send a quick friendly text, 'hey it's Sadie, just wanted to say sorry again for bumping into you earlier'. He almost instantly replied 'it's cool. Hey, wanna see a movie on Friday?' I accepted his offer and sat back. I didn't really like One Direction, but I guess I never really paid attention to the boys themselves. I looked up a bunch of stuff about the boys. I figured out that Harry likes the color pink on a girl. His favorite color is orange. He's the youngest of the group, and a bunch of other stuff. I looked through a bunch of pictures of him too. I came across one of the pictures from a magazine shoot, and it gave me this weird feeling in my stomach.
Could I be falling for this guy already?


so feedback please?(: this chapter probably isn't any good...but if you want notified, let me know! fave/comment(:


Sadie is an 18 year old finishing out her senior year of high school.
But when she has to move, her life turns upside down.
One day, she bumps into someone, but not just anyone.
Harry Styles from One Direction.
You could tell there was a spark, but would she end up to be his forever or somebody else's?