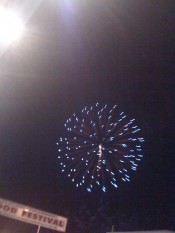 i Will be attending SCSU next fall!

Dolphins are my favorite animal

Thank you Fan_Art_Freak38 for the fan art!

There he was standing there waiting for someone to open the door for him.
"Dad?"
"Hi Hailey, may i come in..?"
"NO!"
I slammed the door in his face and ran into my room.
Why on earth is he at my house? ugh i dont want him here we dont need him. My mom and dad havent seen or spoken to each other in over a year. They got divorced when i was in kinder garten my step dad Scott has always been there for me and done everything  a dad should.

"let's go ARAC" "come on girls keep it up" Screamed coach Bob.
" Swimming with all of my might i was trying to keep my lead, i have two laps to go i kept telling my self. Going into the last flip turn, Nailed it. Swimming in hit the board. YES!  did it."i congratulated the other girls and climbed out to talk to my coach.
"Coach bob how was that"
"well" he said shaking his head. " you made it to nationals"
"yes! " i said with a shriek.
Hi my name is Hailey im a senior in highschool, my highschool season has ended and i have moved on to my recreational team. The meet i was just at was seniors and i made it to nationals in the 500.The 500 is 20 laps of freestyle.  Nationals is being held in  California which is awesome because I've never been there. Nationals will be held the wee of winter right before christmas "Hailey"
"yea ", i said turning around to see the only person i didnt want to see.
"Great swim, i knew you could do it "
"thanks tim"
You see tim was also a swimmer on the team we dated the last 2 years but ended it because it was getting a little to much and we were starting to drift apart.
I continued to pack up my things , and get ready to go home.
I brought a chair, a duffel bag which had 3 towels, 3 bottles of water that i had finished, some snacks that could be thrown away, two pairs of warms ups a couple caps and a few pairs of goggles. i brought my chair and bag to my mom and took my uggs, and back pack which had my clothes.
I went into the locker room, found a locker and started to change. I put on my swim tshirt, an Arac sweatshirt, my AE jeans and uggs.
As i walked out i ran into Kevyn.
"oh sorry i didnt see you"
"hey hailey great swim"
"oh hey kev, thanks. I didnt see you whatd you swim?"
"i didnt i was here with Jordan and Cassie"
"oh cool for who?"
"for you silly"
" oh, well ill text you i have to get going, big family dinner.
"kay bye hai"
"bye"
Kevyn also swam on the team, we had a bit of a confusing relationship. We had been really good friends until him and cassie broke up. When that happened Jordan and Cassie became a coupld and Kevyn and i were in that akward i like you but dont want to get serious yet stage. Or so i thought.
i got into the car to go home. I had my own car but my mom and i thought it was silly to both drive if she was coming as well.
"hey mom did you see my swim?"
"Yeah, Hay that was a great swim, im so proud of you, were going out to dinner tonight were would you like to go?"
"umm , i dont know i do know i want to fall asleep"
As soon as i got home i grabbed my stuff put the wet clothes in the laundry room, my chair stays in the car, threw my bag on the floor and jumped in my bed. I was starting to fall asleep when i got a text from Kevyn saying " hey hailey you did a great job today, i was hoping we could get together later"
I didnt respond id text him when i got up, i set my alarm and put my head on the pillow then i was out.


Beep Beep Beep
I slowly rolled over to see that it was 5:30. I grabbed my phone and had 10 text messages. 2 were from my best friend B her real name is Bianca but I call her B for short.
"Hailey, where are you? How was the meet"
I texted B back and told her what happened. I still had 8 messages, I went back to my inbox to see one from Tim.
"hey Hailey , call me later I want to talk"
I would text him later on didn’t want to talk.
The next 3 were from my sister Jamie.
"hey Hailey mom called and told me the good news Congrats." the second said "Jay says that a girl" Jay was my sisters husband. The last one said "where are you going for dinner?"
I responded to her saying thanks and i have no idea.
My inbox beeped again telling me i still had for messages
Who could they be from? one of the messages was from a number I didn’t have saved in my phone.
"hey Hailey its Cassie have you heard from Kevyn?"
I didn’t respond to that text. All I wanted to know was why on earth is she texting me and how did she get my number?
The last three texts were from Kevyn.
"hey Hailey Great job today."
" Call me if you get a chance"
"never mind I’m coming over be there at 6"
What at this point the clock read 545. I got up and did my hair because it was a little curly and a little wet. I threw on my Hollister tank, my zip up and Hollister jeans. then my black Uggs. Went downstairs and waited for kev to come. Whys he coming i thought. Then I heard the bell ring. I'll get it. I wasn’t prepared for who was going to be at the door.

My boyfriend sent me this tonight.. thought it was cute..
1 0

Your Goth Name:
(black & the name of one of your pets)
BlackLogan
1 0

bmiest23
advice
there are days that i love you, and days that i dont want to.
days i'd like to be friends. & days that i wont.
days i'll pickup the phone and give you a call.
days Im so sad i dont want to talk to you at all .
days i look back at all the things that we shared.
days i question myself if you really even care.
theres so many things i wish i could say, but i'm scared it will all come out in the wrong way.
no matter how much time goes by, i'll always be by your side, cause i couldnt stop loving you even if i tried.
<3<3
<3
5 0