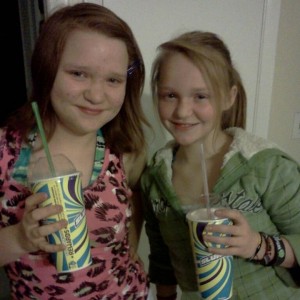 
follow block report
Does anyone else really struggle with the “about me” sections of websites? I do… sometimes I find myself ranting. Then I have the urge to find some clever sentence and erase everything. Then I think it sounds cocky. Then it seems so incomplete…. Because honestly, there’s so much to a person. You can know me and really not know anything about me ,
cause that's all you really need to know... (in no specific order)

something that hold you down. something that keeps you in the same place.
a weight sailors use to help make a temporary home on the water.
to help them stay on course; to ensure they don't drift, or go astray, or get lost.

anchors.
someone that holds you down. someone that keeps you in the same place.
someone that gives you a home, however temporary, to stay in. someone who
keeps you on the right path; who ensures you don't drift, or go astray, or get lost.

“I wanted to write down exactly what I felt

but somehow the paper stayed empty.

And I could not have described it any better.”

You know,  There are some days
when i really feel like THIS COULD WORK.
Like you and I are finally gonna' get it right.

bone
quote
"So, you lied to me?"
"That depends on how you define lying."
"Well I define it as not telling the truth. How do you define it?"
"Reclining your body in a horizantal position."
10 0

and eyes that are even better


they say they care,

but they judge and stare