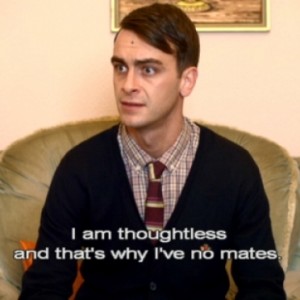 
follow block report
absolute trash lord. stuck in 2007. i love bread and suffering. the reason i love that film is because it's really depressing.
// this is where art thrives
++ this is all the rest

** this is the earth

i. smear your lips in blood, dust your eyelids with stars
ii. hang rubies around your neck, wear a n.ude leather dress
iii. kiss him hard, make him groan
iv. rip him apart, muscle from bone
v. breathe in, breathe out
vi. begin step one
AND THEY SAID APHRODITE WAS SOFT
10 0

The pull on my flesh was just too strong; Stifled the choice and the air in my lungs. Better not to breathe than to breathe a lie

loss isn't something you've experienced yet
your old apartment burnt to a husk
but you haven't burned like that yet
not yet, not yet

you watch the sunrises and the sunsets
and know the clouds like the backs of your palms
they remind you of yourself
always moving, changing, but clouds nonetheless

the ocean is something you've never seen
but you can hear it
in the shells your friends bring back for you
distance, you think, is the greatest gift

suddenly, you're on fire,
you've never been on fire before
the ocean can't save you
and distance, you find, is a burden

sometimes, your eyes still burn
and you have to clutch the pillow
because it's the only way you can sleep
when you're alone, alone, alone

hyperion*
poetry
You kiss me with your mouth wide open like you’re not afraid of swallowing poison. I taste the good and bad in you and want them both. We call this bravery.
Anita Ofokansi
28 0

rec0ver
love
a solemn boat drifting out to sea,
only ridges of mountains say goodbye to me.
and you, my dear, you were there too,
silently begging from behind eyes of blue.
6 1

hyperion*
poetry
god,
it's like having a conversation
at the bottom of a swimming pool
but i guess that's suitable because you always did
make my lungs feel two sizes too small

i'm staring at you through a hundred broken lenses like
everything is valued in a different shade of blue
and i keep trying, i keep trying but
air bubbles dance up around me everytime i open my mouth to speak
— they dance as i sink and why are they dancing?
distantly, i can remember dancing with you
and maybe, dancing is the only way you can escape
when you're smiling too wide to cry for help

and i find myself gasping for air
but here, where sound is swallowed by depth
you could think that i'm laughing instead
chlorine burns my throat and
this is not what summer is supposed to taste like

i can't feel the wetness or the cold just yet
but i can feel myself going, going, going
and as my visions blurs, the last thing i see is
you,
grinning from behind a scuba mask,
and i can't help but wonder:
why are you allowed to breathe while i drown?
5 1

You're still all over me
like a wine stained dress
I can't wear anymore.
11 0


You tell me to be a biblical woman.

You tell me to be a biblical so that I might become silent, complicit, weak.

Become a biblical woman. Become complacent with the authority of a man.

I am Deborah with the power to control the armies, the wisdom to prophesy. I do not tolerate the cowardice of men. I will give victory and honor where it is due: to the woman who is brave enough to stand.

I am Jael. I have the blood of the enemy on my hands. I saw a victory for my people and I took it. I took with a warm glass of milk and a tent peg to his head.

I am Esther, who stood up to the men in power and saved my people. I used my beauty and my position to do what is right. I am a queen.

I am Ruth, a foreigner who left everything she had for the sake of loyalty to family. I seduced the man who I knew could provide for me. I worked hard to provide for myself and for my family.

I am Bathsheba, who was taken advantage of by the king. I am more than just a bathing woman on the roof. He objectified me. He murdered my husband. And he was the one who paid the price.

I am Abigail, whose wit and wisdom prevented violence. I rescued my husband from his own foolishness, and I prevented the King from acting rashly and violently. I am brilliant.

I am Rahab, the prostitute.
I am Mary, the pregnant teenager.
I am Junia, the female apostle.
I am Dorcas, the woman who served the poor.
I am the woman at the well. An outsider welcomed into the kingdom of God.

You think that I must be silent and meek to become a biblical woman?

You do not know what a biblical woman is.

and he burns holes in your skin
with his mouth.