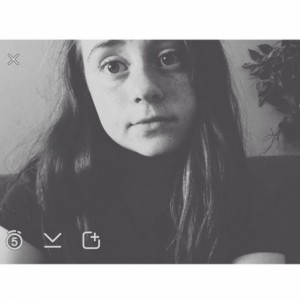 
I'm ciara, and I enjoy  a  lot of music, tv shows, and youtubers.
I will probably  talkto you, so give me a shout!

ps: my writing probably sucks but i like itso that's okay

holdmel, nj's warped tour was one of the best experiences in my life by far.
aside from smelling marijuana all day long, i got to see some of my favorite
bands, and i met a youtuber. we actually missed the ghost town show while i
watched mayday parade, but i still got to meet the whole gang thanks to
alternative press! i also met veeoneeye, who i have really come to adore over these
past few months. i can't wait until next year so i can go again!
1 0

*ciara *
music
reasons to be happy

*ciara *
celeb
so, as you probably all know i have gone through a long life full of bullying.
those who stand up for me, and everyone else, no matter if they "deserve" it or not, those are the people that make me feel good.
i was watching rachael ray just a few minutes ago, and the story she showed was so touching.
it was a woman and her son, which didn't have much money at all. they really enjoyed spreading good deeds daily,
and they touched so many people's lives. instead of buying themselves clothes (which is hard to do, considering the mother only makes $3.50 an hour),
they go out to gas stations, restaurants,anything you could think of, really, and pay for other people's orders. rachael ray noticed how much they
give back to the community, and she gave them $10,000 cash and a trip to disney world (with a pass to every park).
so why don't we all try to take a stand? you never know what someone is going through, so why not help them out a bit?

there were days where i felt that i wasn't worth it.
tears would stream down my cheeks; i would completely lose myself.
i would wonder if being alive was the right choice.
mom said i was having a bad day.
but all of my days seemed to be bad.
i would blast my favorite music, whatever made me feel good about myself.
frowns formed into smiles.
and on those days, the ones where i wasn't alright,
music made me realize that it gets better.

*ciara *
poem
xwitty looks so cute with santa and the reindeer
merry christmas everyone!
(p.s. i hope you get kissed under the mistletoe!)x
✴☃
4 0

*ciara *
holiday
nobody faved my poem, so i think im gonna repost it ok i worked really hard on it
0 0

*ciara *
ahh
witty doesnt let me reply to any comments, im not sure why. but i read everybody's comments and they're all wonderful!
2 0

*ciara *
sorry
witty doesnt let me reply to any comments, im not sure why. but i read everybody's comments and they're all wonderful!
2 0