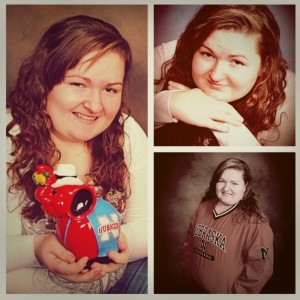 
follow block report
I am a strong minded girl, care bout my friends and family and love sports and music.

Yes, I'm 18 years old
Yes, I still want a sucker
After being a good patient for the doctor
29 0

flyingbacon7
true
People always ask, why do emos cut themselves? Because people like your stupid self, cause problems.
4 0

TrinaisLazy
bullies
My little sister came home from school today demanding I take her to the library so she could check out a book on sign language.
When I asked why, she told me there was a new boy at school who was deaf and she wanted to befriend him.


(Not my quote, just thought it was cute)

TrinaisLazy
haha
When I was in 8th grade,
There was a girl with down syndrome in my class.

While I was walking home one day, these jerk popular guys told her there was gold in a puddle of mud. She ran over to the puddle and started splashing around in it, and the guys thought it was hysterical as she got all full of mud.

Instead of laughing, one of the popular guys started splashing around with her in the mud.


I just wanna tell someone how In love I am with him.

I just wanna be able to ramble on and on about him.

someone tell me what they think.


Me: Its almost Valentines Day, feel free to

confess your love to me

No wonder why guys dont ever approach me

Those moments when you realize just how skrewed up our system of government is.
Rich, drunk, 16 year old, kills 4 people, paralyzes 2-3 other while driving drunk... gets probation and is sent to a clinic, no jail time.
Singer, gets drunk at 19, drag races, nearly kills someone... people are trying to make sure he's freed.
The judge claims that the sentence he gave him would have been the same for anyone else in the same predicament,
I would love to see someone from my neck of the woods do that, because I know they would go to jail.
A daughter claims that her mother was murdered and has evidence to bach her claim, police still call it suicide.
Someone believe that someone is breaking into their house, calls the cops but the cops don't come.
That same person shoots the intruder to protect their home and family and goes to jail.
Police shoot a black man who was just trying to find help because his car broke down.
A man shoots another guy in the theater because he was checking up on his daughter right before the movie started.
What happened to this country?  What happened to thinking before you act?
No one realizes their consequences or they don't get punished at all.
Why is that? Why can't we punish people who break the law?
My voice is small but I wonder if someone else can hear it and try to pass this concern to the next ear.
Our government needs to start over, to treat everyone equally, being rich, being famous, being black.
none of that should matter.
what should matter is the crime that was commited but no one seems to see that anymore,
all they see is a face and a name.