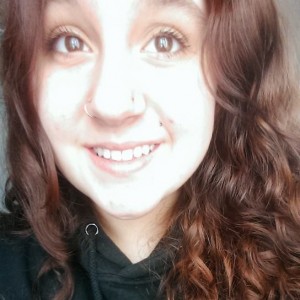 
follow block report
The name's Alexis. ;) I'm happily single! 14. I love art, deal with it.
I was told to come on this website from a bunch of my friends, so I decided to give it a try...
IT'S NOT THAT BAD.
I've been told by a lot of my friends that they go to me to talk to when they need someone to talk to the most. If anyone on here wants to talk about anything, I'm here. I won't judge you, or do anything. I'll be totally honest, and I'll help you through this mess. Nobody said that life was going to be an easy road.<3 I'm an artist for life. It makes me really creative, imaginative, and you know what? It gets my feelings out. It shows who I am on the inside, and not for whoever I try to be. It's my escape. April 19, 2013. A beautiful angel was taken away from us at LMS by an ignorant jerk. It really gets you to realize that all the annoying people not telling you to drink and drive, text and drive, they're right. An innocent person's life was taken away way before her due date. The lady that hit her, she walks. It makes me realize what a sucky world we have. I miss you so much Lily. I know that we haven't talked in years, but you used to be my best friend. My sister. Even if we didn't talk much in Middle School, I always knew that I could go to you if no one else was there. I wish that you didn't have to go. Yes, we all needed a reality check here, to show how short our lives were, but I don't know why it had to be you. You were so beautiful and perfect; flawless. I really hope you're reading this, Lil. We all miss you here so much. No one respected you enough or was smart enough to see it. You really showed us that we don't realize what we have until it's gone. We'll meet again, and I promise I won't make the mistake of ignoring you ever again. I learned my lesson, the hard way. You were always a true friend to every body. Rest in Paradise Beautiful, Laconia loves you. Lilyanna Amara Johnson ~October 14, 1998-April 19, 2013~

We broke up a week ago, and he's already dated three girls. Talk about desperate..
3 0

daddygrl40
boys
I'm going to be strong without you. I know that I will find someone who is better than you, someone who will actually care and love for me. You've made my life a living hell for a while now. I'm stopping it now. You don't deserve anyone like me. I'm too good to be cheated on and lied to constantly. I'm sick of being your little toy. Maybe I'm not happy right now, but I can surely gurantee that I will be! I wasn't happy with you. I was miserable. I pretended to be happy because I was scared to be alone. I gave up EVERYTHING to be with you. It's so great to know that you've moved on so fast and left me on the dark. It made me hate you even more so I could get over you faster. I'm happy to be alone. I'm strong enough for this. I will be strong enough for this.
2 0

daddygrl40
breakup
1. Do you sleep in your bra? Yeah. 2. Does your dad know you like boys yet? Yeah. 3. Do you enjoy drama? Nope. 4. Are you a girly girl? Not really.
5. Small or large purses? small.
6. Are you short? Yes. And proud.
7. Do you like somebody? yes.
8. Do you care if your socks are dirty? Yes.
9. Do you like Halloween? Yes.
10. Are you double jointed? Yes.
11. Where is the weirdest place you have slept? Under my friend's bed.
12. Has anyone touched/smacked your butt in the past 24 hours? nope.
13. Is there any type of rumor going around about you? Probably.
14. Do you call anybody by their last name? Nope.
15. How many guys will read this just because it says "Girl Confessions"? Probably a lot.

GIRLS BE HONEST...
16. What color is the bra that you're wearing? White.
17. Do you prefer light or dark haired guys? Dark.
18. Are you currently frustrated with a boy? Yeah.
19. Do you have a best friend? Yes
20. Have you ever had your heart broken? Yeah.
21. Have you ever thought of having plastic surgery? No.
22. Do you like your life? It's okay.
23. Have you ever jumped in the pool with your clothes on? No.
24. Do you have more friends that are girls or boys? Boys.
25. How long have you had a Facebook? since 4th grade.
26. Have you ever slapped a boy in the face? Yeah.
27. What are your biggest fears? Heights.
28. Have you ever cried yourself to sleep? Too many times to count.
29. Have you ever not been able to get someone off of your mind? Yeah.
30. Do you believe in the saying "once a cheater, always a cheater"? No.
31. Have you ever had a good feeling about something? Yeah.
32. Do you ever wish you were famous? No.
33. Are you currently missing someone? Yeah.
34. Who are you texting right now? Katey.

daddygrl40
boys
I want everyone to know my story before they judge.
Please read.


I dated this guy for a year and two months. We broke up a week ago.
I loved him. I cared so much about him and he just left me in the dark to be eaten away by depression. He was my everything. I gave up everything just to be with him. Including my friends. Here, right now, I'm alone, only talking to one girl that I haven't said a word to in a year. I'm thankful for her and blessed to have her. I know that I don't deserve to have my friends' sympathy for what I have done, but haven't you been blinded by someone before? Fooled by what they have done? They always told me to leave Kyle. I never listened. I always thought that they just wanted him for themselves. I wish I had listened.
I gave him everything. I gave him all of my attention and love when he didn't deserve crap. He's worthless.
He began to cheat on me when we were dating for about 3 months. I forgave him because it was just flirting and texting. It happened again a month later with one of my best friends. that hurt, a lot. So I started to put my walls up, I started to worry and ask him not to text girls, because I knew that all he'd do was flirt. He said he wouldn't, but you can already guess what he did. A few months ago right before our one year anniversary he actually cheated again, with an Alyssa girl he met on Instagram. That hurt as well. I read those messages. He killed me that day. Ever since then, I haven't been able to feel anything. I feel so worthless, like I'm nothing. He's told me plenty of times that I am, so why wouldn't I be?
After we broke up, of course I tried to get him back. He gave me a chance. Then I find out that he started dating another girl the same day, after he was calling me beautiful and saying how much he cared about me. The next day, I woke up feeling like total crap. He tried to cheer me up by saying that he wasn't hanging out with his new girlfriend because me, his "beautiful and strong" ex-girlfriend, was hurt. Badly. I remember those words by heart. You know, I even tried telling his new girlfriend about that, so that she wouldn't get hurt the way that I did. She brought up to Kyle that he had cheated on me a lot and that she didn't trust him, so Kyle said that I was just "seeking attention" and called me a "pyscho". That's when I found out that during our entire relationship, he was cheating on me with her.
That stung.
I sit here, alone, telling everyone my story so that no one goes through what I went through. People will fool you and do everything to get what they want. They'll make you think that they care and love for you, but they really don't. They just want something. Attention.
Now listen, I'm not saying that every guy is a piece of scum like him, but there are guys like him. Please girls, just keep your guard up. It's for your own good.

You're as hot as the sun.
Why you ask?
'cause every time somebody looks at you,
their eyes singe.


The worst thing a guy could do to a girl?
Well personally, I think it's to ignore her while she's loving you with all her heart.♥

I fight an urge to text you repeatedly if you don't answer.<3