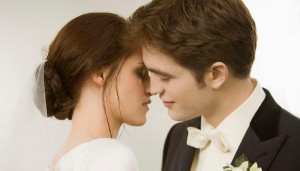 today i decided im going to ask my parents for a skateboard. i really wanna have one. i've been in love with my brother's for years and now i want one(:

if I ever meet One Direction, I'm hugging Niall FIRST. i'm going to tell him not to change himself for the haters and that i love him just the way he is. i'm going to do that for all the boys. tell them that they are loved and not to let others bring them down.
and i'm going to put Harry and Louis' names on my finger nails, Niall and Liam on my cheeks and Zayn on my arm where his tattoo is♥

ejlover27
away messages
I showed my friend Elisabeth the video where Harry was crying because of all the hate, and he didn't deserve any of it! All the people who were hating him are just jealous because he gets to live his dream and they don't. One Direction is changing because of all the hate and I don't like it. People need to stop hating on them and realize that just because they are famous, it doesn't mean that they won't hear about the stuff said about them and that they don't have feelings. So all the people out there that are saying terrible things about the boys, grow up!
Proud Directioner ♥


not meant to offend anyone, it just makes me really mad when i see one of the boys upset over this kind of crap

i need a guy to talk to. i need advice on how to deal with my ex who treats me like crap. any guys wanna help me out? if you do, i will follow you if i'm not already. thanks(:

The plane ride was agonizing. I couldn’t sit still and was either pacing or rocking back and forth. After an hour, Ariel just decided to hold me still. When we landed in Italy, we had five hours until he was going to expose himself. We ran from the airport to the edge of the road. Ariel told me to stay where I was and was back in a thirty seconds. She pulled up to the curb in a blood red Porsche. We sped down the road at over one hundred miles an hour. “Did you even rent this car?” I yelled. “Did you want to take the risk of wasting any valuable time? We might be able to get to him before he attempts this.” I sat there silently until she blanked out. “Ariel! What did you see?” I screamed. “We’re later than I thought we were. We should’ve left earlier. We have thirty minutes!” she said frantically. I felt fear wash over my face at the thought of him starting earlier than we thought. The car sped up as we reached the gates of Volterra.
We had barely got past the gates when Ariel couldn’t go any further. “Bella you have to hurry! He’ll be under the clock tower on the other side of town. Go that way and just keep going straight. You’ll know it when you see it, and you’ll see a huge fountain in the middle of the square. You’ll get to him faster if you run through it.” She told me. I looked down at my old high tops. They were getting too small so it wouldn’t hurt them to get wet. I started running in the direction she told me. I was surrounded by black. Everyone was wearing black clothes, pants, jackets, and cloaks. My bright pink t-shirt easily stood out. I shoved people out of my way when I saw the fountain. I looked up at the clock and it was striking noon. As the gongs sounded I yelled, “SETH! DON’T DO THIS!” But it was useless. My voice was drowned out by the noise. I was at the edge of the fountain when I saw him. I saw my reason for living and remembered why I was here. I ran across the fountain as my shoes got soaked and was glad I hadn’t worn socks. I ran faster when I saw a little girl pointing at Seth. I jumped off the edge of the fountain and almost face planted except a guy about my age caught me. I struggled to get away from him eager to be in Seth’s arms. When the guy released me, I ran. I crashed into my angel and almost fell to the ground, but he caught me. “Move! You need to move! Look at me! Seth look at me! I’m not dead! Just open your eyes!” I screamed clutching his face. He slowly opened his eyes. When he saw me he pulled me closer and backed into the building. He set me down smiling. “You’re here! You’re alive! Oh my God, I can’t believe you aren’t dead!” he said as he pulled me to his chest. When he let me go, I said, “Yes. I’m here and I’m alive. I just had to make sure you saw me once. I couldn’t let you kill yourself because you thought I committed suicide. I can let you live your life now. Without me in it.”  He looked at me confused as he said, “Bella, I didn’t want to die because I thought you killed yourself because of me. And I can’t live my life without you. I came here because I didn’t want to live in a world where the girl I love doesn’t exist. I can’t let you go.” “But…you…you said that-“He cut me off. “Bella, I lied. I had to. I just don’t understand how you believed me after I always told you how much I loved you.” He said. I felt hot tears streaming down my face as I whispered, “Because it doesn’t make sense for you to want me. I’m nothing. I’m human; you could have so much more. I’m nothing.” He gently took my chin and made me look at him. “Bella, I could never have anyone better than you. Do you understand me? No one is better than you. I have looked at girls for thirteen years and saw nothing but darkness. Then you came along and my sky was brighter than all the city lights in the world combined. You’re my other half and I refuse to live without you.” He said. I stared into his tear filled eyes and wrapped my arms around his neck and kissed him. He pulled me closer and I jumped up, wrapping my legs around his waist. He growled and put me behind him. Two large figures were walking towards us as Ariel appeared beside me. Then I noticed a small girl behind the figures. “I no longer need your services. It was all a misunderstanding. Please give Aro my thanks Felix.” Seth said. The smaller man beside Felix answered. “He would just like to talk with you and your friends.” “Fine, Demetri. Bella, go enjoy the festival.” The little girl behind Felix and Demetri spoke, “No. the girl comes with us. Come.” She turned and started walking. Felix threw a robe at Seth. I was pulled through the building as I cowered behind Seth’s back and kept a firm hold on Ariel’s hand. We were ushered into a large room. And in that room, stood some of the most beautiful vampires I had ever seen.

Sorry it took so long! I know I used the same names from the movie but thier names are awesome! Feedback? :)

ejlover27
story
SUICIDE:
Should not exist. but what is a quote going to do?
Its going to do a lot. I want a petition to go around
of Witty and I want you to repost this quote with your
name signed. After I get all of these names I am going to
make a YouTube video of all the Witty Profile names
that took out a few minutes to read and repost this quote.
lets show these people how much we care and someday we can put a end to this!
staystrong

have you ever had your ex boyfriend call you an a**hole and a b**ch everyday until school was out. did he ever hold a ruler up to your throat at an angle that could kill you? did he threaten to kill you everyday. mine did and does. and i know he is capable of it. i'm scared.
the only reason im posting this is because im thinking so much about it. i have to tell a guy that i will be hanging out with soon. i have to because he will ask about my scars. sorry guys, dont mean to dump this crap on you.