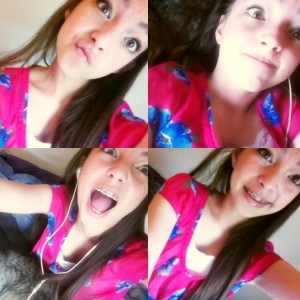 
follow block report
Hey ;))))) AND YES I KNOW MY SONG IS REALLY DEEP OK Some people call me Quinn, but you can call me anytime ;))))) Ok haha no but really doe um my name is Quinn, which I know is a guys name but can also be a girl name, so please don't get that confused. i am a girl. Anyways, I'm 14 and going to be a freshmen, I've always wanted to be a model but I'm short so I kinda can't. People say I'm super skinny but I don't see what they see. People also say I'm pretty but again, I think they might all be blind. Hm, ok so I love cats, I have 5 and I also love dogs. I really wish I had a corgi cause they're soooo cute or maybe a weiner dog so I can tell people I have a weiner but noo I have 2 german sheperherds but oh well bc I think they're super cute too. I love golden graham smores bars, soda, twix, apples ;) and kiwis ;))), n milkshakes bc they bring all da boiz 2 mi yrd n theyre lyk itz beta thn urz i cn teech u but id haf 2 chrg. damn rite itz beta thn urz. ok erm anyways, Starbucks is my life bc I'm a basic . Uhh I love tumblr but I'm stupid and i get confused easy so I think it's confusing. And I hate spiders. K bye.


Smiling doesn't always mean you're happy.
Sometimes, it simply means that you're a stronger person.

One does not simply question a girl on her period.


"They Don't Know about

Us' by 1D
represents the relationship between the real world and the internet world. Examples:
"People say we shouldn't be together..." My mom tells me I need to get off the internet more.
"they don'tknow about the things we do" - They really don't.
"They don't know about the up all nights" - I'm sure plenty of us have stayed up all night just because of the internet.
"They don't know I've waited all my life just to find a love that feels so right" - This is pretty self explantitory.
''Just one touch and I was a believer" -The first time I ever used the internet, I couldn't get off.
"Every day it gets a little sweeter, it's getting better, keeps getting better all the time girl" - The internet gets better all the time. Ya know, all those upgrades and stuff.
"They don't know how special you are, what you've done to my heart" - It makes people more anti-social.


Having to recite the entire
alphabet
because you can't remember what comes after that one letter.


We had an assembly in the auditorium for some thing about relationships. At some point, Mike, the guy giving the speech, said ''How many girls you've hooked up with doesn't make you a man. A man is someone who respects girls. Where have all of those men gone?" And someone (a guy) said ''They're right here", as if to refer to himself.  I thought this was absolutely hilarious because just last week he said I was ugly and that I was going to be a virgin until I'm 30.

factsandstuff
funny
Teacher On A Date:


Date: Can I have your number?
Teacher: I don't know, CAN you?


WTF Fun Fact #145
If you go  to Wendy's and say 'I'm not from this area. I'm lost
and I have no money!" They will give you free food according to
Wendy's Policy.


WTF Fun Fact #284
If the worlds 5 richest people were to be confiscated,
no one in the world would have to starve again.