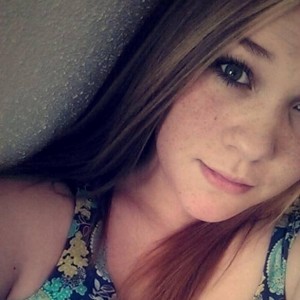 fefe123
joshua
Somebody once asked me, "How does it feel to get your heart broken?"
I responded:
"Getting your heart broken is like riding a bike. Everything is going well. And then, the bike begins to wobble. That sinking feeling in your stomach? That's what comes first. It's that nervous, panicked feeling you get while you try to steady the bike again. Next comes the part where you fall. Your heart drops, you scream or cry out, your stomach lurches in a sickening manner. That's when it really begins. The pain. On a bike, it's physical, the pain is as you slide on the concrete and scrape your hands and knees up. It's like that pain, but mental, too. It's like your heart was ripped from your chest and slammed to the ground, where it bumps and skids on the surface like you did, when you fell off your bike. It's physical, searing pain in your chest and mind that leaves you on your bedroom floor crying for hours. It's as if your heart were riding a bike, and that person you loved so dearly ran up and pushed it off. And instead of fading away after a few days, the marks that fall leaves stay with you forever. That's Heartbreak.

fefe123
heartbreak
Believe me when I tell you, there are some messed up girls out there. So believe me again when I tell you, if you actually have a good girl by your side, you treat that girl right. Don’t take advantage of the fact that she’s kind to you and she lets things slide with you, don’t go around making other girls fall in love with you when you already have a girl who would do anything you asked her too. A good woman is almost becoming extinct nowadays; some girls just lack morality and respect for themselves. If you got a keeper, don’t be a dumb A** and mess that up, cause some guys would give anything to have that.
9 2

fefe123
breakup
I've been a mess since you stayed, I've been a wreck since you changed, Don't let me get in your way, i miss the lies and the pain, The fights that keep us awake i miss the bad things, The way you hate me, i miss the screaming, The way that you blame me! i Miss the phone calls, When it's your fault, i miss the late nights, Don't miss you at all!
i like the kick in the face. And the things you do to me! i love the way that it hurts. i don't miss you,i miss the misery!
6 0

fefe123
breakup
So..(":
Remember Austin? && how i posted the story of us && how I Missed him?(: Well, last night we were talking and he was acting weird, my dad called me so i put down my phone; When i came back, i had a notification of Facebok(:
Austin posted on my wall that read;....
Faith we've been through Hell and back for real i mean you're amazing && i wanna be happy again. I Miss everyone, I Miss you the most. You're the best girlfriend i ever has. The reason i left was because i thought everyone hated me, i was scared to come over but I Miss My Girl ugh....
Well, Will You Go Out With Me?(":<3
I Said Yes<3(":
I have MY Boy Back<333
4 0

fefe123
boy
Here’s the story of Me & Austin.
We first started talking over Facebook; he was my Best Friend (Derek’s) cousin. We talked for a while, he called me “Beautiful” every time he said “Hey(:”, I got butterflies every time we talked. We never really met till November 30th, we hung out at the mall, him, my best friend & I. It’s actually funny how we met, I was so scared to meet him that every time he’d ask where I was I’d say somewhere where I wasn’t, ha. Finally he saw us in route 21. We hung out for like...2 hours, bouncing bouncy balls off the boucany and just messing around. On December 1st he asked me out, I was so happy. Next day he came over and got to meet my dad, my dad liked him a lot, he still does. We spent every day together till something terrible happened. On December 19th, I was with Austin at his house, we were outside, his dad was acting weird, not like normal…couple minutes later we were traumatized. Austin’s dad has shot himself in front of us. I rushed him out of that place as soon as I could, his mom made me keep him safe because (Daryn) Austin’s dad’s brother had thought we did it. I stayed up all night holding him, he cried so much…it was so painful to see. I went to His Viewing and Funeral and I still held Austin. He blamed himself, I kissed him and told him to never think that. Austin lived with me for a little while. Then his mom came and got him the 21st. Christmas came and I thought he wasn’t gonna come because of what happened, he said I’d see him after Christmas sometime, everyone kept it from me; Austin on Christmas came to me with a Beautiful necklace and bracelet. I Cried and hugged him so much, I was breathless. Then January 1st, our anniversary, we went skating, he kissed me on the skating floor while the ball dropped, balloons fell and music played. It was like I was in a fairy tale and he was my prince charming, he still is. Then January 13th came, we were fighting because so many people tried to break us up, well we gave up, we let everyone win, they broke us up. I was so heartbroken because I loved him more than anything even after I went through so much with him. Then we started talking again, we had something again but lost if, Now we’re talking again, every time we talk he tells me “He misses me”. I Miss Him so much and I want to get back together but I’m so scared to get heartbroken again, He keeps saying he ain’t gonna date no one till he dates me again, I know it wasn’t his fault but what do you guys think?
Please HELP me…
Should I give him another chance? Cause I still really do love him.<3
7 6

fefe123
love
The worst mistake you can make is walking away from the person who stood by your side through everything and never left. They dealt with all your pain, shared tears with you but never left you. They didn’t want to see you unhappy and so they tried everything out of their will to make you happy. You can’t just move on without thinking about them, and when you do think about them, you then realize how much you miss the memories, the good times, the crazy times and all the time you spent together “happy”. You tell me you don’t “deserve me” and “I could do better” but honestly, I need you, I want you and I could do better but you’re my better. I Miss the “Old” you, I miss our conversations. I miss how we used to talk every minute of every day and I never got tired of talking to you. Follow à your ♥, not what people tell you. Speak for yourself; don’t let other speak for you.
3 0