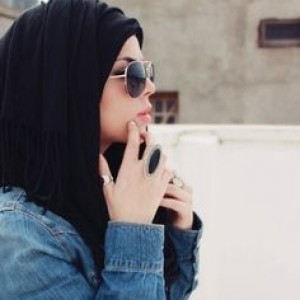 
Anything relevent to you will be in my quotes.

My cousin passed away.

It was the first time I truly felt hurt.All the other times I was "hurt" were ridiculous, nothing compared to the inevitable pain I felt last night.  I was overwhelmed with tears and there was an invisible structure choking my  heart. It was squeezing my heart. It was adding full pressure to my heart. It was strangling it. Making sure it felt the loss.

And I certainly did.

There is an empty piece replacing my cousins beautiful face. I just remember how a few months ago my uncle had the webcam on, and he was showing us his new born baby boy. He had this big beautiful smile on his face. He was wearing a baby blue overall. His wide eyes were staring surprised and overwhelmed at the camera. And we laughed and cooed about how cute he was.

Not having a clue of his tragic destiny.

Or how just three weeks ago, my mother and I went out and bought him toys. And I especially emphasized on getting him a blue small car. And my mum would say that he is too young to understand and I said its for when he grows older.

Little did I know that three weeks later  he would pass away. He didn't even get to SEE the toys we sent him.

I'm just thinking of how selfish I am. Of thinking I had problems that were stupid and petty compared to this. To this beautiful baby boys death. To my cousin.

I'm just thinking of how the ache from yesterday is still there. Permanently engraved in my heart. How I was a train wreck. How the tears wouldn't stop coming and how that god dam-n  brick in my throat constricted it. And I just couldn't use my voice because it was long lost in my tears. it got lost in the big a££ ocean of tears. It got half way through the ocean and then found out why I was crying then cried itself.

And I come to a conclusion;

Life still goes the hell on.

And now, as I sit in the third seat in the bus on my way to school, I am sure that; the tears won't stop and the hurt won't go away.

But I'll try stay strong. Ill smile and laugh and go out during break and say I'm fine if anyone catches me in at a vulnerable moment.

And then ill look up and say "thank god for everything" because everything is written and everything is done with purpose. And He knows why this happened. And I can only hope that I will get to see my cousins beautiful smiling face soon. And I'm hoping even more that he can get a better blue toy car to play with in heaven.
//////////
I wrote this yesterday which is why i was heading to school

FollowUrDreams*
love
Remember when we were so young?

We would be at the park with our mothers and our childhood friends. And we would see the big kids laughing with there friends and just sit there admiring them. Scrutinizing everything they did

with adoration and unusual fear but couldn't wait till we were like them.They looked so cool standing there.They didn't have there mothers with them.They could do it all on there own.They had it all figured out. That's what we thought.We couldn't wait to grow up and be one of those kids.Little did we know.

Those big kids were confused.

Too bad we figured that out too late.

Their friends?There was at least two people that secretly hated each other.They may have been mad at each other.Sure, they look like there having  the times of there lives,but teenagers are good lies.Its all fake.All those smiles don't mean much.

Each one of those 'big kids' had something going on.

They all had secrets they were hiding.

They all had a burden.

Do you remember that girl with the beautiful long black hair.Did you notice how she has a long sleeved shirt on when everyone else had t-shirts on? That's because her insecurities lead her to harming herself.

How bout that boy wearing the Abrecrombie and Fitch? He is pressurized to keep the wealthy,happy look for the reputation of his father.Or the girl who has one earphone in her ear occasionally laughing at something the guys say? Her parents are going through a divorce and she wants to be as far away from home as possible.Did you look twice at the girl with the ripped jeans? If you notice properly, they weren't bought ripped.She wears them everyday,not because she loves them-like says- but because there the only pair of jeans she has.The only pair of trousers she has because her parents are already working all week in three jobs.

Shes not so happy though

because they all tell her

And we were clueless to this.There happy facade fooling us.

Remember when your mother was at work?And your babysitter was downstairs making you lunch.And you sneaked into your mothers room and took out her pair of red heels. You put them on and felt like a princess.Like your beautiful mother.Thing is, your mother had those heels on when she got fired last week. That's why she had them hidden deep deep down into the closet,because they remind her of the job she lost.Of the money she wouldn't be able to collect for you.

Or how bout that day you broke the beautiful glass candle holder that was on the table and your mum yelled at you?You started crying and then she hugged you and apologized.

That was because your father bought her that on there anniversary.

And she was upset because your father can't buy her anymore of them.

Unless there from heaven

And we couldn't wait to grow up.But now that we did, we'd do anything just to go back.


First,
you think the worst is a broken heart
What's gonna kill you is the second part
And the third, is when your world splits down the middle
Fourth, you're gonna think that you fixed yourself
Fifth, you see them out with someone else

And the sixth, is when you admit that you may have messed up a little


Two things are infinite: the universe and human stupidity; and Im not sure about the universe.


Life's but a walking shadow,a poor player.that struts and frets his hour upon the stage and then is heard no more:it is a tale told by an idiot, full of sound and fury signifying nothing.

Western Patriarchy:
A woman wearing revealing clothing is just asking to be rap-ed. If she hadn't worn that short skirt out in public, she wouldn't have been assaulted. It's her fault for dressing like a $lut and then trusting men not to treat her like one.

Western Patriarchy:
Women who wear religious head coverings and hide their skin in public are so oppressed! It's not like she's going to get ra-ped just because a man sees her ankles or neck! Why don't those women stop covering their bodies and just learn to trust men?


Instead of giving our vows at me wedding, we'll give each other our wi-fi passwords.

She just wants to be the girl you talk about.
To be the one that makes your heart beat crazy and for you to say to your boys
"she's my baby"

Even the devil had wings once...