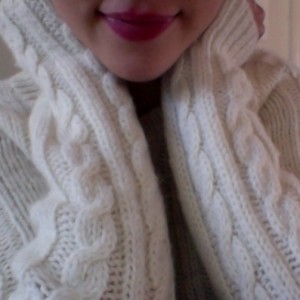 
follow block report
so i'm lauren, california-native (but living in md fun fun), 15. i go to wj. (sophomore) if you want to know my tumblr and/or other sites, lemme know. i'm more interested in waiting for the next issue of nat geo to arrive than talk or text. i'm pretty introverted when it comes to hanging out with friends but i absolutely adore speaking to anyone and everyone, so feel free to drop by and say hello! (i'm quite contradictory) my favorite part about my body is my shoulders, i hope this shows you how much of a freak i am. i have no idea what i want to do with my future, it changes depending on my current state of mind. people are great things to surround yourself with. that, and dogs. (im not a cat person.) all i really do is read books, write, and listen to music (a lot of alternative, especially rhcp). my musical preferences (and works?) say more about me than i will ever be able to write down here. according to the meyers-briggs test, the label i've been slapped with is the good ol' INTP. that's introvert, intuitive, thinking, and percieving. of course i'm not going to stick all of my thoughts in this little box. that's no way to meet me. (im actually not as depressing as what youre reading in this tiny box. i make myself laugh, and very rarely others too.) i really love people, so feel free to say hello. maybe i'll be a social worker in my future. stick with me and we'll see. if you ever need help, i'm always here. i'm up all night and all day, and if you can't find me here, i'm... well, i'm somewhere out there.
© cloudlings

let me tell you a thing about suicide-
today i was driving to the mall with my family just to look around, not buy anything, to just really enjoy life. i was listening to franz ferdinand’s ‘love illumination’ on repeat. on the way there we were stopped (to those familiar to the area, this took place on the mini bridge with the high way below just off the exit of the actual high way) and i watched a guy have some extreme issues lighting flares. i figured since the whole bridge was blocked off, there was probably an accident. that man eventually lit his flare and walked back over to police, who pointed to the fence on the bridge. there, i noticed a girl who had crawled over and was threatening to jump to her death. i tried to be optimistic about the situation, like maybe she’s just trying to enjoy the breeze. but the sirens and flashing lights and this beautiful girl screaming at the world totally moved me. the police stopped the traffic below, and eventually we were told to go on forward, in the case that she did leap and smash herself against the cold, hard asphalt. my dad being the surgeon that he is told my brother and i that even if she did leap, the worst she could do is break a leg. she couldn’t fully kill herself. i saw people pull their cars over as close as possible to the bridge and just watch this girl clinging to the fence, bending and straightening her legs wildly, yelling and screaming at police officers. my dad asked me if i think she’ll fully commit to her attempt, and i said no. why? because she’s thinking about it. now i’m not omnificent to all things suicide but i’ve seen my share of documentaries and books and i can compare and contrast situations. by the time my family and i returned to the bridge, they had gotten the girl down from the overpass and into an ambulance. this really scared me though. the fact that i thought everything was pretty okay in the world, while someone was preparing to end theirs. it really breaks my heart to see someone so upset with themselves or with whatever the hell is going on in their world that they resort to ending it. seeing someone attempt to commit suicide is totally different from what you read in books or what you see in movies, or overhear from another person. it feels like you’re right there with them, falling, or at least it did for me. i don’t believe i have any connections whatsoever with this girl, but where ever she is, i hope things are going to improve for her.
0 0

psychological vision test
if you look at the O's long enough, you can see how you'll die in the future or who you'll become. hit fave if you see something, comment on what you see.

gopatandal
advice
we are all slowly losing our minds.

once we had characteristics,
now we have symptoms.

Some people say that some foods or meditation or sleeping with a quartz rock under your pillow will induce lucid dreaming. Although it may be possible, I found this is the quickest way for someone to begin lucid dreaming on the first attempt.

Lay down to go to sleep, this works best if you are extremely tired. Lay on your back with your arms at your side and eyes closed. STAY PERFECTLY STILL. You must stay awake. Your brain will send signals to your body to see if you are ready to sleep. These signals include getting an itch, change your body position, wanting to clink or move your eyeballs (remember your eyes should be closed). YOU MUST IGNORE ALL OF THESE IMPULSES. After about 20-30 minutes you will feel a weight on your chest, you may even hear weird noises. You are now in sleep paralysis. If you open your eyes you will begin to hallucinate (dream with your eyes open) and you will not be able to move your body. Your body is completely asleep. Now that you are aware you are dreaming, you can shut your eyes and begin to dream instantly. You will be fully aware you are dreaming and can now (will some practice) control your dreams.

A. You can do a few things in a dream to test and see if you are dreaming.

Another thing to do is look in a mirror. You will never see yourself.

Once you have done this, you have confirmed you are dreaming, and now have control over your dreams.

B. Once you realize you are dreaming, your mind will try to wake up.

The best method (I found) to stay asleep and dreaming is to spin in a circle (in your dream). This part of the brain will take all of the attention away from waking up and now you will be into a DEEP sleep.

i've seen more
spine in a jellyfish than i have in  you,
my  friend.

gopatandal
funny
all alone!
whether you like it or not,
alone will be something
you'll be quite a lot.
-dr seuss
3 0