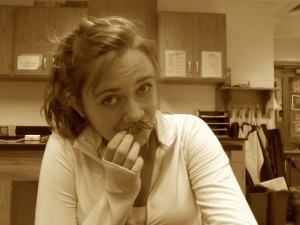 We found love in a hopeless place


Hey there gorgeous,
You, yes you... You're worth so much to everyone around you. Don't even think for a SECOND that nobody would miss you if you were gone, I would if nobody else... So put that razor down, that knife, whatever you use to hurt yourself, just put it down... You are worth SO much more than that! If you ever need anyone, I am here for you... I'm a little heartbroken right now but hey... I'm only human, and I have someone here to put the pieces back together for me ♥... But anyway, my name is Hannah Margeret, and if you need someone to be there for you, I will give you my number so you have someone there for you 24/7... But anyway, I love you... Talk to me... Love me... Whatever you want... I will be here :D
Remember, you have to live for that ONE MOMENT of happiness, no matter how hard the rest of life may be, you have to live for the one moment of pure joy, pure happiness. You have to keep going, you have to live for the ecstacy in life ♥
Remember, I hurt too.
Bye now loves,
Hannah

So you're hurting right now?
So you have that blade out?
Well stop. Put that blade away.
listen to a sad song, cry
cry until you feel like you can't anymore, and then cry some more and then...
put that blade down
and walk away
YOU'RE STRONG.
nmf

So you want to be suicidal?
So you want the pain to all go away? End the tears rolling down your face, cut everyone away from you, just to stop it all, make it all end. Yes, the pain will end for you, but what about your loved ones? What about the split second moment of when your parents or siblings walk into your room reminding you that dinner is ready, but instead they see their dead child infront of their eyes. The pain you had… Will now have moved onto your parents. Their world will become so dark, they will blame themselves every.single.day. ‘Was it something I did?’ ‘Was it something I did?’ They’ll try to think it was all just a nightmare and they are going to wake up from this dream and you will be alive. They won’t give up, they will try anything to not accept the truth. So after killing yourself, and after your parents discovering your body, what will they have to do next? Who’s going to ring the school saying a student has killed them self? Who’s going to tell your best friends that you have taken your own life? Who’s going to arrange the funeral? Who’s going to have to walk past your room everyday, and just getting that sudden chill? Just because the pain shall end for you, does not mean the pain will just automatically end for everyone. Everyone will remember you. People who didn’t even have a conversation with you, will remember you. ‘The kid that killed them self’. People on Facebook who have never even typed one word to you, will remember you. Everyone would feel guilty, an entire wave of shame will come upon them. People will cry, cry so, so hard. They will also start to question their existence, their life. Your family will break apart, loved ones can sometimes turn on each other. They have so much anger that they should have done something before you made up your mind, that they will start to throw that anger on the ones closest to them. Is the reason you want to kill yourself really worth it? Do you think that nobody will care, your death will just quietly slip the town news and everyone will easily ignore it? Do you think that you will be single forever and there’s no point for life anymore? Let me tell you, that there is at someone right now, who likes you a lot more then a friend. Someone who is willing to care for you, love you, make you smile. Someone is thinking about you right now. Killing yourself means that you would never know. You would never know that someone out there really did like you, and had a lot of feelings for you. Who’s going to pick out the song they play at your funeral? Your friends and family will hear that song, and from that very moment, whenever they hear that same tune, you will come to their mind. All your memories, your face, your eyes, your smile, everything. You’re young, you have so much ahead of you. Yes, at times life does get so hard you just want to crawl up into a ball and wish you could just fade away. But you can pull through that, you can pull through anything. We have all been there, sitting at the end of our bed, our eyes becoming so tired from the tears and just so many thoughts running through your mind. And the only solution to fix it all is suicide. But that isn’t the solution. Talk to a trusted adult, get counseling, get anything that doesn’t involve taking your own life. Because there are so many people that care for you, even though you cannot see it. There are so many people that love you, even though they may never say it. You’d want to be proud and look back at how difficult your life was and just think ‘wow, I really pulled through that one’. So please, do not pass your pain onto your loved ones. Suicide: a permeant solution to a temporary problem. Temporary, meaning you can stand over the problem. I know it’s not going to be all easy and ‘la la im happy now :)’, because we all know that is bullstuff. But please, just try to get through whatever is making you feel this way. Do not run away from it, do not let people achieve what they set out to do. If people have been bullying you, either cyber, verbal or physical, you know what? forget them. Because they are the ones who are going to end up with karma. Karma is so hard. If anyone has sent you hate on anonymous, they will always live with that guilt. I am proud to say I have never sent anonymous hate and I never, ever plan to. But to the people who have, whenever they read this or say it too. They’ll get this squirmy feeling, as though at least somebody knows they’re lying. People who have nothing better to do with their lives then attack innocent people, are going to end up nowhere. Because by the end of the day it all comes down to jealousy. So just smile, walk away and say forget you. You’re better then anybody who makes you come to this breaking point of wanting to take your own life. You don’t even know me, but I love you so much. Chin up, you’re beautiful

Alright guys, I need your help!

&&whowould'vethought©
the girl with the biggest smile on her face everyday
cried herself to sleep [e.v.e.r.y] night
because she knewshe wasnt good enough

&&Congrats Kid, you finally got to her.
Are you happy now? You finallybroke her.
Her eyesdon’t sparkleanymore.
Her smile, that seemed plastered to her pretty face, disappeared.
Her wordsdon’t flow anymore.
Her hopesand dreamsare now crushed.
BUT of course this doesn’t affect you, right?
All you did was break her heart, right?