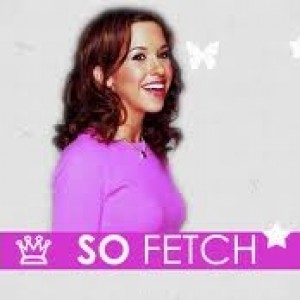 
follow block report
Basically I'm fab.
And you're not.
Bye.

I fell in Love With Mickey Mouse

Okay, so there is three of them now.

"Stop thinking." He explained
A wave came quickly, ready to swallow Kai.
"Kai!" I screamed
Before he had a chance to react, the ocean wave rised up and brought Kai down to his knees. I giggled and jogged towards him. The water backed away but the sand was till moist and cold. The wind pushed me back but I pushed forwards.
"You okay?" I laughed
He blushed and giggled.
"This always happens." He complained
"You always get hit by ocean waves?" I guessed
He wrapped his arms around his knees. His cheeks turned into a faded shade of red. He bit his lips and laughed.
"No," He looked up at the ocean
"I always make a fool of my self." He admited while slowly tilting his head towards me
"when pretty girls are around." He confessed.
His eyes were twinkling jet black. I looked carefully but I couldn't seem to spot his pupils. His eyebrows were black too, but they were a lot softer and not as bold as his eyes. His nose was sharp but small. His mouth was small too. His pink lips contrasted with his deep tan skin. By judging from his overall image, I came to the conclusion that he was latin.
"Kai what are you, like what nationality?" I asked
"I'm so mixed it's not even funny." He giggled
"Well do you know?" I asked
"Both of my parents are from Hawaii. But, my mom is half native Hawaiian and 1/4 Mexican, 1/4 Swedish. My dad's 1/4 black, 1/4 English, 1/6 Japanese...." He listed
"Dang boy, you weren't kidding." I laughed
He shook his head and smiled.
"What are you?" He asked
"I'm white." I giggled
"White people come from places too." He smiled
"Well, I know from my dad's side there is Russian and German." I answered
"I my mom says she's Jewish, but isn't sure because she was adopted." I answered
"I think you're Greek." He smiled
"Why Greek?" I questioned
"Because legend says the Greeks were decended from Gods and Godesses and you look like you could be one of them." He siad
I took a deep breath and bit my lip.

Christina*
love
This quote does not exist.
16 6

quote
I don't understand how gay guys can keep their voice so high.
Like Im a girl and I can't even sound like one.
6 0

Boy: You know what your name means?
Girl: What?
Boy:It means that you're a beautiful fairy
Girl: Well, I'm not a fairy, and I'm certainly not beautiful.
Boy: You're not?
Girl: No
Boy: That's funny, because I see pixie dust in your eyes.


Hey, excuse me, could you tell me which pick up line works the best on you?

Our Generation?
You complain,
You trash me and my generation.
Bad kids, thinking bad things.
When I was a kid we didn't do that, you say.
Back in the day we didn't think that, you say.
You're so blind
You  only seen the wrong we've done,
But you refuse to see the struggles we go through, the pain we feel, and the rejection we face.
"Why do you hate school?"
"Why do you eat so much?"
"Why do lay in bed all day?"
I"M HIDING,
We're all hiding,
in our hopes
in our dreams
in our music
and in our bed
We hide, we run, we sleep.
We can't help it,
We're just the aftermath of what you've created.


I fell in Love With Mickey Mouse


Chapter # 47
Pressure beyond belief,
But, now...it was only a painful reminder of Michael. No, I wouldn't do this again. I wouldn't miss him, and I certainly wouldn't worry about him. I tighlty held Roger's arm and took a deep breath. I tried to focus on the movie. We were watching the scene where Jack was teaching Rose how to spit. Roger giggled, I would've laughed with him but, I couldn't. I couldn't. Running from the cop, him singing to me, all of it was stuck in my head and I just couldn't. My eyes begun tearing up.
"Ella, are you okay?" He asked
"Yeah." I squeaked
"Then why are you crying?" He questioned
"It's so sad Jack is going to die in the end." I tried
"Ella,"
"What?" I asked
Roger took a deep breath.
"Go call him."
"Rog-" I began
"Save it, you're not upseting me. Go and call him." He said
I sensed that he wasn't too happy, but I didn't really care at this point.
I got up and dashed to my room fell at my knees where my phone was. I picked it up and breathlessly dialed his number.
"Hey, you reached Michael, unfortunetly I couldn't answer the phone. So call me later, and for the love of God, Please don't leave me a message."
I hung up, and began to wonder what Roger told him. What did Roger say that ticked off Michael so bad? I wanted to go ask him, but, I was afraid Roger had anger issues, pushing him too far wouldn't be a good idea.
So instead, I went searching for my only friend at the moment, Mickey Mouse. I stepped outside, and scanned the park hoping and praying that Mickey was out here some where. But, I wouldn't have been too suprised if he wasn't. I mean, it was around four in the morning. I climbed down the stairs and walked around. It was unusually cold today, and I swear I could smell popcorn in the air.
"Mickey?" I saw him sitting against the wall of a gift shop eating a bucket of popcorn.
"Mickey!" I yelled as I ran towards him.
"Hey, I need to talk to you buddy." I said
Mickey didnt' seem like he wanted to talk, his face was planted on the popcorn and he wouldn't even look at me.
"Mick, is everything ok?" I asked
He gave me a slow nodd.
"You sure?" I asked again.
He nodded a bit faster now.
"Well, Mickey, I made a huge mistake again. I feel like, my life, me and everything I've worked for is falling apart. I know, I sound like I'm being dramatic, but it's the truth. In the past few days, I've been through more action then I have in the past 4 years of highschool." I confessed
Mickey continued to eat the popcorn. He had to squeeze in his hand through his mask and eat.
"Mickey, you look uneasy, why don't you take off your mask?" I asked
He shook his head.
"Why not, is it a work policy or something?" I questioned

I fell in Love With Mickey Mouse


Chapter # 49
Save me.
"Why not, is it a work policy or something?" I questioned
Mickey nodded
"Well, um anyways,  you know how Michael showed up right?" I asked
He seemed some what alarmed hearing me talk about Michael.
"Well, he came and we danced and then he sang for me, and Mickey, you should hear him sing." I dazed
"His voice is angelic but yet beastly, and he sang own of my favorite songs." I continued
"When he sang, I felt so happy, then we went to a park, he took some pictures of me, and we stole food from a cop." I laughed
"He took the entire bucket of fried chicken, Oh God, it was hilarious, and at Mcdonalds, we thought this guy was hitting on me, but, he was apparently hitting on Michael." I smiled
Mickey shook his hand, probably wondering what happened next. I tooke a deep breath.
"The next part is a little sad." I said tearing up a little bit.
Mickey put his hand on my shoulder.
"I said something stupid, and upset him. I told him that I don't love him basically." I cried
"But, that's a lie. It's the biggest lie ever, and you want to know why I said that?" I asked
Mickey eagerly shook his head.
"I, don't want him to think that he can control me, I don't want him to find out he means the world to me, I don't want that because I'm scared. I don't want to get hurt. I've seen girls get hurt all my life, and every time I saw it, I promised my self that I would never be that girl." I sobbed.
Mickey took a hold of my shaking hand.
"He's opposite of everything I look for in a man, he's reckless, childish and he plays with girls like little girls play with barbies. He said his longgest relationship was a week. That's how serious the guy is." I said in dismay
"Mickey, I don't want a guy who will leave me in a week, I dont' want to be Taylor Swift, I don't want to date several guys and move on. I don't want to be that girl. I just want that one guy, to love and cherish till I die and I'm afraid Michael isn't that guy." I said
Mickey wipped of my tears and held me.
"He says he wants to hold me, and I have no problem with that, as long as he never lets go." I sobbed.
Mickey held me tighter.
I took a deep breath, and eventually managed to recollect myself.
"Well, thanks for listening Mickey. I should go back to my room now." I said.
Before I could stand up, Mickey got up and carried me bridal style.
"You're so sweet, sometimes I wish I could just love you instead." I laughed
Mickey nodded and silently carried me to my suite.
13 0


What's the point
of holding me,
when we both know
you're going to let go?