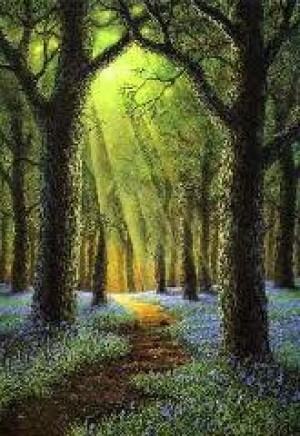 We live in glass houses
Clear knives on the floor
Stones lie in people’s hands
Voices lie inside our minds
So we pick up the pieces
Ignoring the cuts on our hands
And shard by shard we rebuild the window pane
But the cracks still show.

We live in glass houses
Blood from torn fingers on the door
Cracks like spider-webs
And on the floor sits a spider
Ready to suck out innocent insides
In our hands lies a rock
And we watch as the stone
Scatters the broken panes
Over the dollar-store welcome mat
By the door.


Thank God Obama got back in.

If Romney got in then there would be

another war in the Middle East. THANK

heaven_is_here
surveys
Seven Minutes to Regret
This story begins with an ending.

I stand on the cliff-edge and watch the light fading over the sea, casting its rosy pink glow over the craggy Cornish rocks. The breeze is light and caressing over my bare arms and legs but the fading sunlight brings little warmth to the harsh coastline. Still I don’t move off the precipice, instead wishing that if I stayed here long enough I could become part of the cliff-edge. As immovable and unfeeling as a rock. Or perhaps I could slip off into the seemingly calm sea?
The currents that lurked round the maze of tunnels would easily pull me under. I’m a good swimmer but I would be no match for the serene, mortal, everlasting power of the tides that manage to consume whole chunks of colossal cliff each year during the Atlantic storms.
I close my eyes as the waves of silent regret roll down my cheeks. I imagine what it would be like to take two tiny steps. The grass would be soft and comforting; velvety blades gently stroking my skin. The blades of grass under my feet were harmless, unlike so many blades that I had pressed to my marked skin over the months.
I blinked my eyes open slowly, my eyelashes wet with tears. I let my foot step forward so my toes hang over the edge. The dark water below looks tranquil but I know the hidden danger that lies below the surface.
One step.
I need just one tiny little step to send me tumbling over the edge.
I reach my foot out and picture a memory, just a tiny snapshot of happiness from my idyllic early childhood. I step through the air. For a moment I feel nothing except the rush and the exhilaration of flying. I feel free for a second, like a caged bird finally stretching its wings.
Then I hit the water. The choking, black expanse of bitter water seeps into my lungs as my shocked body experiences the pain of hitting such a flat, rigid wall. Before I can react the undercurrents contort my limbs and torso as I’m dragged along and even deeper under by its grasping hands.
People say drowning is meant to be a peaceful way to die. But it isn’t, not for me. For me, it feels like torture.
I lose all sense of time in the blackness. The struggle may have lasted an hour or a minute. But a sense of time is irrelevant; I know my battle is over when I feel myself float away, like I’m drifting off to sleep. It is actually quite peaceful, watching the distorted sky’s peachy glow from so far down below.
They say that after you die you have seven minutes of brain activity left. Seven minutes to regret.
I feel myself rise, like a giant hand is lifting me from the sea-bed. I look back and I see myself, laying still, eyes closed lazily, like I’m finally at peace. As I drift upwards my mind doesn’t share the peaceful, inaccessible isolation of the sea-floor. I’m tormented by now transparent memories, as vindictive and ruthless as a vengeful ghost.
I float up over the cliff level. The horizon matches the memories I relive. It burns like a giant has thrown a match at a petrol coated skyline. My old memories follow the trend, my twisted interpretation burning out and the truth trickling in like the darkness of night coming into the vivid sky.
Tonight my memories played out before my eyes. And someday yours will too. But make sure yours, unlike mine are worth watching. I wish you all the very thing I threw away my chance at. I wish you all a long and happy life.

I wrote this for english literature. I put it on here to show you all to make sure your memories are worth watching. Talk to me about your problems, anytime. xxxx

heaven_is_here
funny
☺
Hey guys.
If you really think that
girls belong in the kitchen
then maybe you belong in the shed
With the other tools.
Like • Comment • 9 minutes ago
layout © ThreeCheers
29 1