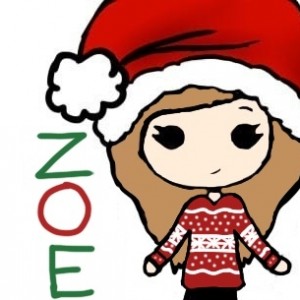 
Purple as grapes, purple as violets.


Hey there, stranger. I am a complex individual. I started out on this site as a typical annoying girl whining about her feelings and her faults. While I still do that, I've also loosened up and realized I'm still young. I'm not ready for complex feelings and situations and that's why I take them so badly. So hi! I'm Zoe. I'm 14 years old and I kinda suck at everything. That's okay though because I have a long way to go until I need to excel. I'm smart, I play guitar, I write, I read and I love my friends. I cry over fictional characters, read comics, wear glasses and pretend to be normal for my peers. That's okay thought because this is me and I'm perfectly happy with the way I am. Sure I'm not the prettiest or the best but I'm something and someone and that's all that matters. Message me if you feel down I'm a great pick-me-up and I hope you like me and my quotes. (:
Link 1      Link 2      Link 3


I'm just not the type of person someone falls in love with.

i hate it when guys in movies undo girls bras like it's nothing
even i can't do that sh*t so how the heck can you? seriously?

jcpeace
breakup
I have discovered a flaw in  the Amazing Spider-man:
If Spider-man was really such a huge criminal with like every freaking cop looking for him,
why didn't they interview the criminals he caught?
The police should've put together that Spider-man was obviously going after men with shoulder length blond hair and if they interviewed said criminals they would've discovered that Spider-man was checking the left wrist of each criminal he picked up and dropped off for the police.
Then they would have thought "Hmmm Spider-man's looking for a guy with shoulder length blond hair and something on his left wrist? Lets see..." and they would've found the WANTED flier from Ben Parker's murder. The one with the guy with the shoulder length blond hair and star tattoo on his left wrist.
Knowing that, they can say that Spider-man has a personal vendetta against this man, who aside from killing Ben Parker, committed a minor crime of robbing a convience store. Enough for a personal vendetta? I think not.
Using the information gathered, the could safely assume that Spider-man had a vendetta against the criminal for the murder of Ben Parker. Any police officer who had seen Spider-man, which quite a few had, could see that he was a lean man, therefore ruling out May Parker. Who left but Peter Parker, who had recently been coming home covered in bruises and scratches. Put two and two together, you get the outcome of Peter Parker being Spider-man.
BOOM  YOU GOT SPIDER-MAN!
It's 1:40 am. I can't sleep. This is what I think about.
3 0


all lives end
ALL HEARTS ARE BROKEN
caring is not an advantage.


I'm gracious since the winner is clear. I lost this game, I always do. She's better: prettier, smarter, stronger...I know when I have to admit defeat.
1 0


And suddenly, monsters aren't so scary because I've felt a pain so real and far scarier:
Heartbreak.