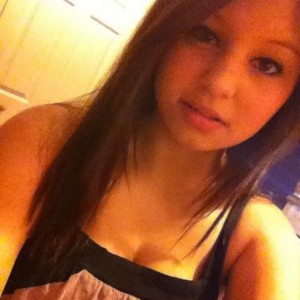 Heey beautiful (: My name is Jessica and i'm 17 years young, I blow the
candles out December 18th. I am a junior(:  I love writing quotes and
songs. I also love photography.(: i've been through a lot in my life, but
it changes me to make me a better person.  Im just a normal teenage
girl.


Take me as i am, or watch me as i go. Everyone makes mistakes, i believe

in 2nd chances so dont screw the second one up. Hmu & get to know me.
My formspring is:  http://www.formspring.me/jessicalyn09876 ask
me anything, don't be shy.(:

Were all mad here*
inspirational


I would prefer to feel soundless than emptiness..

Nicole*
love
You can't
fix yourself
by
breaking
someone
else.

confused*
true
She was so tragically beautiful. The type of beautiful that desperately hid behind stained edges of wine glasses and hourglass figured gowns. She was the kind of gorgeous that displayed skin as clear as fresh snow to distract from insecurities that attacked her mind like sharpened daggers. Her mascara was almost as dark as her thoughts and her teeth as white as her lies. As for her eyes, they changed as quickly as her moods did. But if they were blue, they were sure to be the most mesmerizing shade of blue you had ever encountered.
Her personality was sporadic. Unpredictable. Monday she would be shining brighter than the north star. Her smile was unlike any you had ever seen, outlined by lips as dark as blood. A glorious contradiction that portrayed her nature so well that you would think it was planned; but it wasn’t. In fact, she hardly planned anything. But despite her lack of strategy, she never failed to get what she wanted. Her voice was impossible to ignore. She never needed to explain herself because no one would dare argue with even a syllable that flowed through her teeth. Each word met the ears like a love song, and before you could catch yourself, she would have you tucked deep in her pocket.
Then by Wednesday she would be so vigilant that you’d think she had just been hit by a line of traffic mere minutes before. I swear, you had never seen a person who so greatly resembled a newborn fawn. She was still learning how to walk, but not trusting the world enough to help her. Your heart would break with each downward twitch of her chops. Her once tan skin would lighten to a color that resembled old paper, but the consistency was more similar to thin glass. You would be cautious to speak too loud near her, for fear that the sound waves would cause her to shatter.

DON'T EVER TRY TO JUDGE ME

YOU DON'T KNOW WHAT I'VE BEEN THROUGH

DawnRaven
life
This quote does not exist.
1 0


What if you wake up one morning and you’re in bed with the love of your life and they have their arm around you and their snoring like a fcking a.ss hole, but you can’t help but to smile and you hear a baby crying and it finally hits you, you’ve made it. you beat the demons inside you, the voices, the darkness. I look forward to that, to knowing I made it.
233 1