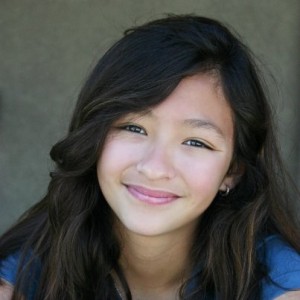 What do you want for Christmas?
You. (;
Lol Jk.
I want a reindeer.


Mitt Romney: I like big bird but I'm going to cut PBS to save money.

SAVE BIG BIRD.
VOTE FOR OBAMA.

"I once gave a girl a bloody fake ear
in a Tiffany jewlery box with a letter that said,
“ Will you Gogh to prom with me? ”
Yeah, I guess I’m a romantic."
- Matthew Gray Gubler

"So, there's a new kid," Crystal said.
"Have you seen him?" I asked.
“Yes and he is unbelievably gorgeous. Almost as gorgeous as Jesse and Ryan.”
“That's not that hard,” I scoffed.
Lie.
“Whatever you say, c'mon. I met him this morning, I'll introduce you to him,” Crystal said grinning happily. She obviously really, really liked this boy. We were in school, I had just arrived when Crystal asked me about the new kid. She grabbed hold of my arm and dragged me to where a boy, probably the new kid was.
“Hey Crystal!” he said. I took in his appearance. He had light brown hair with dark eyes. His face wasn't exactly tanned but he wasn't pale and he looked fairly built. He looked genuinely happy to see her. He actually looked very excited.
“Hi Josh! This is my best friend, Andi. Andi this is Josh.” Josh smiled at me.
“It's nice to meet you, Andi,” Josh told me before looking back to Crystal. He looked at her with awe and Crystal was oblivious to the fact.
“You too, Josh. I have to go. Nice meeting you.” I walked off smiling, time to play cupid.
The day ended quickly, I was trying to figure out a way to get Crystal and Josh together. When I got home, I went on Facebook. I had another friend request and a part of me prayed it was Jesse just so I could know he was thinking about me but it wasn't from him, it was from Josh. I also had a new message, it was from Jesse Gray. Can you even send messages if you're not friends with somebody?!
Obviously, Andi.
I opened it and read it out loud, “Hey Andi. Are you mad at me? 'Cause I thought we were friends... you said so. Are you mad 'cause I got out of the Omegle thing? I had to, you don't understand. Anyway, just add me and I promise I'll be the best, best friend ever. Love, Jesse.”
I typed back, 'I'm sorry, do I know you?' As soon as I sent it I felt like a mega b/tch. I wish I could take the message back. Though, it's not like he cares. I was probably just a girl he met on Omegle.
Actually not probably, I was just a girl he met on Omegle. I sighed, logging off Facebook and went downstairs where my mum was watching TV.
“How was school sweetie?”
“Great.”
“Your father and I spoke today...” Mum said, slowly.
“And? Don't you speak everyday?” I furrowed my eyebrows. “You're getting a divorce, aren't you? I knew it, I mean you guys never even talk that much. He's always at work and you're not. I knew it, when did you decide?” I rambled.
“Your father and I aren't getting a divorce, Andrea.”
“Oh,” I said feeling stupid.
“Anyways,” my mum said dismissively. “Guess what?”
“What?”
“For the Winter holidays, we'll be going to America for two weeks!”

Comment for a reminder! (:
Teaser: Diana clicked video call for Ryan.
Like it? Hate it? Love it? So, in the last chapter, I accidently wrote 'my parents are dead' It was meant to say, 'my parents aren't dead'. Thanks to bitemylip who picked up on it (:
374 94

"She saidshe would
say hi to God for me,
that broke my heart

ImmaBelieber67
celeb
This quote does not exist.
711 1