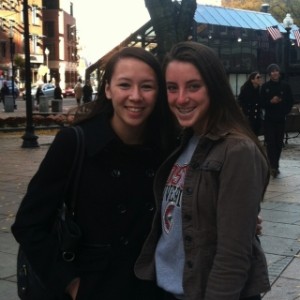 
General Patton: "Men, this stuff that some sources sling around about America wanting out of this war, not wanting to fight, is a crock of bullshit. Americans love to fight, traditionally. All real Americans love the sting and clash of battle. You are here today for three reasons. First, because you are here to defend your homes and your loved ones. Second, you are here for your own self respect, because you would not want to be anywhere else. Third, you are here because you are real men and all real men like to fight. When you, here, everyone of you, were kids, you all admired the champion marble player, the fastest runner, the toughest boxer, the big league ball players, and the All-American football players. Americans love a winner. Americans will not tolerate a loser. Americans despise cowards. Americans play to win all of the time. I wouldn't give a hoot in hell for a man who lost and laughed. That's why Americans have never lost nor will ever lose a war; for the very idea of losing is hateful to an American."

I honor my grandfather, and all of the troops that fought couragerously and bravely on Normandy Beach
Thank you

Welcome! Let me know if you need help. I made this site.
reply

Boston huh? I live near Taunton and Attleboro.
reply

Yeah. I just don't like when people let religion take place of their common sense.
reply

We were, we can continue it here if you'd like? I just deleted the quote because I didn't feel like waking up to 13053240 comments to argue to.
reply

That's still kind of far away but it will probably be here before we know it. and yeah I love in the US, wbu?
reply

We don't have field hockey so I don't know what that's like. When do you start track?
reply

If it is crazy, I guess we both are lol
reply

Cont. from the Lion King quote...
That would be amazing, I'd probably read it over and over.
reply

I really appreciate your fantastic taste.
Thank you.
reply

you sound like this girl from my school laura pierce, you might know her from trck, she runs, she went to the nike invintaional this yr
reply

Um, I don't know her. Where does she run?
reply

youve probly never heard of it, shes from lisbon but we dont have track so she runbs for canton
reply

Canton, MA? Because I think we run against that school during states
reply

cantonnew york. its like an hour from canada
reply

Then no idea, I live in Massachusetts sorry
reply

its ok, ive met a few people who have heard of her, thats why i asked,
reply

That isn't me in my profile picture, that's Jourdan Dunn
reply

I know, you're still beautiful
reply

Dude, you probably believe that Zimmerman is innocent. Don't you dare comment me about anything.
reply

No, I don't believe he is innocent. I believe 100% he shot Trayvon, but not for reasons that everyone suspects. Jesus Christ what a petty thing to get mad over.
reply

I'm dismissing his race because that's not what this trial is about. The trial is about a death of a boy who was going to seriously harm a man, and he was wrongfully shot. If a 17 year old from a different race was in the same situation as Trayvon, will you have the same reaction, or is it irrelevant because he is not black? It's people like you that is taking this WAY out of context and cannot dismiss the fact that the victim was black, and the assailant was hispanic. Race has nothing to do with anything in this case.
reply

"josiewdog123 replied to your profile comment. - 11:36 pm June 19, 2013"
This is going to be kind of random, but I can't actually find what you commented on haha. My notifications won't bring me to the comment you made, sooo, yeah. I just wanted to make sure that you knew I wasn't ignoring your comment. (:
reply

why did u call me an idiot last year ?
reply