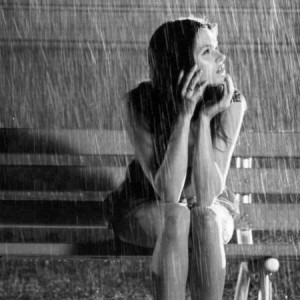 check my bucketlist: http://www.wittyprofiles.com/author/thingsiwanttodo
for one scar less

In the days of Kings and Queens I was a jester
Treat me like a God, or they treat me like a leper
You see me move back and forth between both
I'm trying to find a balance
4 0

justkiddiing
love
I am sad
I feel that the future is hopeless and that things cannot improve
I am bored and dissatisfied with everything
I am a complete failure as a person
I am guilty,
I am being punished
I would like to kill myself
I used to be able to cry but now I am beyond tears
I have lost interest in other people
I can't make decisions
I can't eat
I can't sleep
I can't think
I cannot overcome my loneliness, my fear, my disgust
I am fat I cannot write
I cannot love
My brother is dying, my lover is dying, I am killing them both
I am charging towards my death
I am terrified of medication
I cannot make love
I cannot be alone
I cannot be with others
4 2

justkiddiing
sarah
I need to confort my own weakness
some days I'm the weakest,
and others the strongest
these days are the longest
and I've got the weirdest feeling about this
5 0

justkiddiing
stong
To be honest all the love I give
is only about me
you are just the temporary home
I stall all my love, overload and overwhelm you
but don't worry it will find a new place soon
you can keep some
but it's only just enough to make you keep comming back
keep wanting that rush, you're not gonna get

justkiddiing
love
it hapened when I was young
still developing as they call it
so it's easy to take it as blame
to take my trauma and name it
my creator, my genisis
because it has made me the strong woman I am
today, right? made me survivor.

made me miserable to be honest
made me crazy. Made me say no
to drinks and parties and men
made me mad, made me vengeful
made me the match to the gasoline
the lade in the river, overflowing
too much rain
mostly it made me scared
of dark and men and myself
of power, of currency, of expectations

What do you do when your entire healing process
feels like the beginning of a murder ballad?

I realized that what he had done was not right
in the middle of the night in some faraway June.

I somehow fell asleep after that. Woke up
the next morning, the floor below me

trembling, a kitchen knife in my hand
for a split second. There isn’t a way

at the same time. I do remember his full name,
but I do not say it out loud. I scrubbed

any evidence of him out of me,
and now I reek of Good Survivor.

I am not supposed to fantasize
about dropping a lit match in his jeans.

I am not supposed to have imagined
my fist lodged in his Adam’s Apple.

So what does that make me? On his level?
Too angry? A girl in a song only preparing herself

to be left in the water? But I don’t think
I’m as hungry as I’m making myself out to be.

The truth is: if I ever saw him on the street,
I would cross to the other side and hide myself

in the nearest shop. That doesn’t mean
I still haven’t woken up every morning