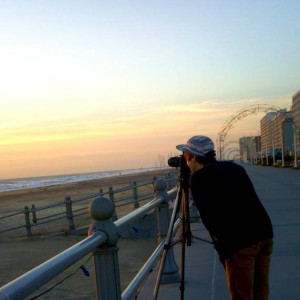 I'm Kasper.
Yes, I know my username sucks. But I'm an unoriginal idiot and I can't think of anything else. So why not just use my real name?
I'm 15.
I like skateboarding, longboarding, Harry Potter, guitars, music and food.

If you can't use 'your' and 'you're' correctly, don't talk to me.
I'd like to say "I know I'm a b@stard, but I'm not a coward" (yes that's from a Framing Hanley song), but no, I'm both.
Yes, I can treat girls right if they can treat guys equally, and yes I get that people
here don't seem to like that, but you can just blame my parents for raising me well.
Clearly I don't follow back, so don't waste your time asking. I'm not coming back to Witty for long.
Don't worry.
But if you're wondering why I left in the first place, it's for a number of reasons. One of the main reasons is that I was one of the first people to point out that MyNamesDillon was really a girl and that she could get arrested for fraud, and she didn't like me telling the truth. So she sent me a load of sh*t, then blocked me and made a bunch of quotes telling complete lies about me, and got her 1000 gullible followers to hate on me for no reason.
Aren't your "Witty populars" just so nice? :-)

Mom, I really am sorry for messing everything up.
Before you died you told me to never give up, no matter how tough things got, because I was strong enough to get through it and I could do anything I set my mind to and you'd always be watching over me. Well, I did give up, I almost died because of it, and I know I've let you down. But I'm recovering now. I'm going to try my hardest to stay strong and battle on for you, I promise.
I'm gonna make you proud this time. R.I.P Mom.


I made my mistakes
I’ve got nowhere to run
The night goes on as I’m fading away
I’m sick of this life,
I just wanna scream....
How could this happen to me?

Would anyone like to explain to me why you get more attention on this website if you're a guy? It makes no sense to me. When a guy joins Witty, people make a huge deal of it. WHY? I swear it's like you've never seen a dude before. We're human beings too, you know. And it annoys the hell out of me when people say that guys on Witty only get followers because they have a d!ck. Where the hell did you get that from? Like I said, it's like you've never seen a guy before. I don't know why anyone would be desperate enough to follow guys just because they're a guy (in fact I encourage people to unfollow me if they only follow me because of my gender, I'd rather earn my followers properly), but maybe some people follow us because they actually like our quotes. I mean, just because we're guys and guys are apparently dumber than girls, doesn't mean some of us can't write good quotes. Yeah, I know MyNamesDillon got a bunch of followers just because she wrote the usual "You're all beautiful" shizz that girls never even believe, but not all of us are like that. Some of us work hard to write the same kind of quotes as the girls here (minus the quotes whining about their periods and how "all guys are stupid a$$holes"), and when people accuse us of only having followers because we have a d!ck, it f*cking hurts.

/ End Rant. Thanks if you read all of this. No, I'm not trying to be rude or anything. Please don't send me hate about this. /

k4sper
story
I've been called a gay overly-sensitive p*ssy by a lot of people for missing my mom so much, but I don't care anymore. I need her more than ever right now. Why did cancer have to take her away from me?
140 18

k4sper
vent
I really wish I could go back 10 years. Back when my mom was alive and healthy, back when the adults made decisions for me, back when the most painful thing was getting a grazed knee or a papercut. Back when everything was simple. Back when I was a happy, carefree little kid.
71 4

k4sper
vent
I really love the song Take Me Away by Chase Coy. It's not the kind of music that I usually listen to, but this song is different.. It makes me imagine escaping the place where I live and getting to travel around alone, and that's what I want to do most in life. It's a meaningful song to me. I love it.
18 0

I write quotes to express, not to impress.

I'm just a kid on an adventure to find happiness.