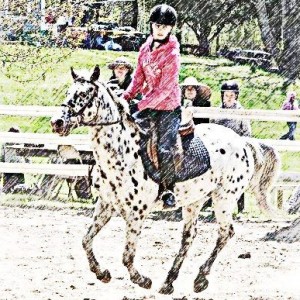 I want to grow up and just be out in the world already
but at the same time I wish I could go back to being a little kid with no worries.
2 0

kelseyyyx14
anxiety
sometimes im scared someone i know will discover my tumblr...
1 0

kelseyyyx14
inspirational
I don't get it.  I just don't get it.  Why do people feel the need to hurt others?  Are you really that insecure?  There's therapists for that.
That "funny" little joke or comment you just made could be the one that finally pushes a person over the edge of no return.  Is that funny to you?  Knowing that you were the person that finally made them decide to kill themselves?
Is it really funny that someone cuts themselves?  That they hate themselves so much that they physically hurt themselves? ["I was 11.  It was a way of expressing my own shame of myself on my own body.  I was matching the inside to the outside.  And there were sometimes where my emotions were so built up... I didnt know what to do.  And the only way I could get instant gratification was through an imediate release on myself." -Demi Lovato]  Its funny that they have so much pain, hurt, and anger on the inside.... right?  That they turn their mental pain into physical because they need that imediate release.
That girl you just called fat,  she's had an eating disorder for they past few years.
That guy you made fun of for being a 'cutter', he's beaten everyday by his parents.
That girl you called stupid, she was born with dyslexia.  Everydays a struggle for her.
That guy you made fun of for crying today, his brother was killed in Iran.
Remember that girl?  The one you told "everybody hates you."  She killed herself yesturday.  She decided you were right.
They have an attitude problem?  They were born with a bipolar disorder.  They hate themselves for     not being able to get themselves out of a 'mood'.  They hate how one simple thing can ruin their day.  They hate that depression comes with it.
The girl sitting in the corner alone, the one not talking.  She hurts everyday, physically and mentally.    She always wants to be alone.  She's been beaten, bullied, and harassed.  She doesn't trust anybody.  She's scared to, afraid its going to happen again.  She hates school.  It makes her depression worse.
The person you make fun of..... no not that one, not him, her.  The one you say is "horse obsessed."  She loves them,  they listen to her.  They stand by her side as she falls to the ground in tears.  They listen as she tells them what she went through today.  They feel her pain.  In the end they're the only ones keeping her alive.
The boy you made fun of for not getting in the car with you after the party.  The one where you were drinking.  He's in foster care,  his family was killed when his dad drove after he went to the bar.
You have no clue what anybody deals with in their daily lifes.  The struggles they may face everyday.  The medication they take.  The family they deal with.  The insecurities they have.  I can bet you, you wouldnt last minutes in their shoes.
The boy you harass because he's gay.  He doesn't need it from you,  he gets enough of it from his family.  He's debating killing himself.
That girl you laugh at an make fun of for having an anxiety attack again.  She hates them,  she fears them.  She doesn't know what sets them off,  she loses every ounce of control.  She wakes up during the night screaming because of the vivid nightmares.  She feels beaten-down, scared, and alone.  Its not her fault these happen to her, she was born with it.
"Sticks and stones may break my bones but words will never hurt me."  Remember that saying?  Its wrong.  Words are very powerful and can impact a person's self-perception in a major way.  Words do have meanings, if they didn't there would be no such thing as understandable communication.  Words can cut like a knife into people and leave scars for a lifetime.  Ill-spoken words are not easily forgiven.  And they are never forgotten.
Think before you speak.
Bullying, cyberbullying, and harassment are illegal.  Bullying is a form a child abuse.  4/10 children a year will drop out of school because they are being bullied at school of abused at home.  1/4 teens are bullied.  As many as 160,000 students stay home on any given day because they are afraid of being bullied.  282,000 students are physically attacked at school each month. "School bullying and cyberbullying are increasingly viewed as an important contributor to youth violence, including homicide and suicide. (Case studies of the shooting at Columbine High School and other U.S. schools have suggested that bullying was a factor in many of the incidents.)"  Harassment and bullying have been linked to 75% of school-shooting incidents. Every 7 minutes a child is bullied- adult intervention 4%, peer intervention 11%, and no intervention 85%.
[Suicide rates among 10 to 14-year-olds have grown more than 50 percent over the last three decades.  In 2005 (the last year nationwide stats were available), 270 children in the 10-14 age group killed themselves. *2009*]
Is it still funny?

kelseyyyx14
advice
she says "please dont make me go back there again"
she said "i wish there was a way to make em stop it"
so he drives down to that principles office
and says i didnt bring her up, so they could cut her down
i didnt bring her here so they could shut her out
i live my whole damn life to see that little girl smile
so why are tears pouring down that sweet face
she wasnt brought up that way
-taylorswift
6 0

kelseyyyx14
lyrics
remember that comercial "youll never make it though school if you have no one"
....its a miracle ive made it this far
2 0