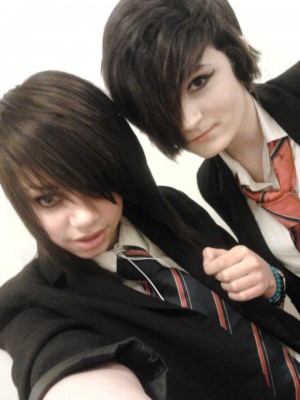 Quotes | Comments | Favorites | QComments | Followers | Follow | Unfollow
Layout
Credit
About Me
heyyya, my Real Name Is Elaita, But You Can Just Call M Lady_Red. I Love Music, Music Is Like My Religion =) One Of My Fave Bands Of All Time Is "Blood On The Dance Floor" Dahvie Vanity + Jayy Monroe All The Way =)
The Song Playing is "Love Sucks" By "Blood One The Dance FLoor"
One Of My Fave Songs Of Theirs =)

BLOOD ON THE DANCE FLOOR FOR THE WIN


WHEN YOU SEND IT ON PUT YOUR SCORE AT THE BOTTOM

1. WHAT SHADE OF HAIR DO YOU HAVE?

3. WHAT IS YOUR FAVORITE COLOR OUT OF:

4. PICK YOUR FAVOURITE HOBBY OUT OF:

5. IF YOU COULD PICK A STORE OUT OF THE FOLLOWING, WHICH WOULD IT BE?

a) Louie Vuitton
b) coach
c) againt all odds?

6. WHAT IS YOUR FAVOURITE PLACE
OUT OF
THE FOLLOWING?

a) hawaii
b) London
c) florida

7. IN THE SUMMER WOULD YOU
RATHER GO
TO:

a) The Beach
b) Somewhere Cooler

8. WHAT IS YOUR BIRTHDAY MONTH?

a) Chill at home
b) Go out with friends

10. WHAT IS YOUR FAVOURITE
INSTRUMENT
OUT OF:

a) Guitar
b) Bass guitar
c) Drums
d) The Triangle

REPOST AS: HOT TEST & then write your score at the bottom.

If you don't repost this you will have the following:

--And if you do repost this you will:

lady_red
inspirational
Girl meets a boy on her yahoo messenger: crazy186:hey baby! h0tNsPiCy91:who is this? crazy186:ur secret admirer! h0tNsPiCy91:oh really.quit lyin! who is this? crazy186:i loved u the first time a stared in your eyes..
crazy186:i think about u everyday.. you are my dream come true.
crazy186: we met once! i dont think u remember tho
crazy186:i cut myself because the pain takes away my feelings of u.
crazy186:u will see me sometime tonight..
h0tNsPiCy91: ..WHO IS THIS!?!?
crazy186:dont worry.. ill take very good care of you..
crazy186 signed off.
The girl was so scared she locked all her doors and windows. She made sure her room was secured. She wasn't sure if it was a joke or for real. She didn't know when he was going to come. The girl was so frightened she decided to sleep with her little sister. The girl dozed off quickly.
Then she heard a knock on the window. The girl slowly walked to the window. It started knocking louder. The girl looked through the windows and saw nothing... just some of the tree branches. The girl went back to bed with her sister. The bed was wet and had a pretty horrid smell. Maybe her sister wet the bed... the girl checked and found blood everywhere. The girl panicked. She didn't know what to do. She ran and hid in the closet in case the killer was there for her. While looking through the cracks of the closet the girl saw a shadow. It was dark, so she couldn't figure out who it was. She started to get more frightened. The shadow crept closer to the closet. The girl closed her eyes as if it was a dream. Then suddenly he opened the closet door and pulled her out.
Her parents found her dead the next morning. She was completely skinned and hanging in her sister's closet. The younger sister was also found skinned and dead.
PART 2...
Two years after the Smith sisters deaths, the parents had a baby boy. The girl's room became a guest room and the little sister's room where the murder took place became the baby's room. The baby grew up to be a successful kid.
One night he was on the computer and received an instant messege.
h0tNsPiCy91:Hey lil bro!!!
2seXay4u:Who is this?
h0tNsPiCy91:It's your big sis.
2seXay4u:I never had a sister. I'm an only child.
2seXay4u:This is some kinda joke, huh?
h0tNsPiCy91:Mom and dad never told you?
h0tNsPiCy91:I died 15 years ago with your other older sister.
h0tNsPiCy91:We were murdered in your room which was once my little sister's room. She was killed in bed when I was sleeping. I was killed in the closet and skinned to death.
2seXay4u:Quit lying. I never had a sister. If I did my parents would have told me. Whatever. Your stupid.
h0tNsPiCy91:You don't believe me? Well if you wanna look in your closet floor.
h0tNsPiCy91:I carved my name and the time and date I was being murdered. Then I carved my little sister's name.
h0tNsPiCy91:If you don't believe me little brother check the internet. Google on ''Smith sisters murdered anonymously''.
h0tNsPiCy91:I gtg little brother. I love you and mom and dad soo much. I can't believe they kept us a secret from you. They should burn in h e l l.
The boy checked the closet. He saw the carvings. Was it true? He surfed the internet and information was there about the anonymous murder in the house. The next morning the boy went downstairs. It was so quiet. Maybe his parents were sleeping. Hours later the boy found his parents in their closet skinned and hung. Then he found more carvings on the ground. They said ''I TOLD YOU I WASN'T LYING LITTLE BROTHER, I LOVED MOM AND DAD.... BUT THEY KEPT ME A SECRET. I CAN'T BELIEVE IT. WELL I'M FREE FROM THIS COLD WORLD, I WON'T HURT YOU LIKE I HURT THEM. I LOVE YOU!"
-LISA SMITH
This is a death chain letter. If you don't repost this in the next hour, the parents of Lisa and the little girl will haunt you.i know im sorry i had to!!
0 0


you told me you loved me,
i told you i loved you,
but now you are telling me we had nothing?
thanks dude...
i appreciate my heart being stamped on multiple times....
i really do...

is also your best


sometimes
when i say im fine, i want somebody to look me in the eyes and say  "tell me the truth"


Admit it
We all want that tree next to our window that we can sit on when were upset (:
6 0