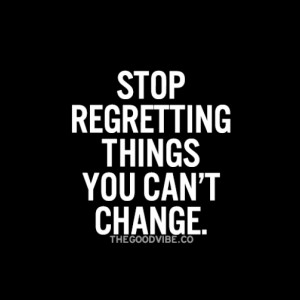 Cheating on your girl is the worst thing you could ever do to her..
you mentally f/ck her up for the rest of her life, and you ruin her self esteem. She'll do everything she can to be "skinny" "beautiful" or "perfect" just so you can love her again. Go into extremes like starving herself or wear tons of makeup to feel pretty. She'll push everyone away. She's gonna be afraid to trust anyone again. Let boys use and abuse her because she thinks she deserves it. She'll go into depression and become someone she said she'd never become. Maybe you don't see it now... But you ruined her future.
2 0

lalabuddynumber1
love
I don't trust easily, so if I do trust you....Don't make me regret it.
7 0

lalabuddynumber1
love
I mean it's not surprising really. Once you love something, you'll always love it in some way, you have to. It's like part of you for good..
5 0

lalabuddynumber1
love
I wish I could erase our memories...
7 0

lalabuddynumber1
love
I hope she breaks your heart :)
4 0

lalabuddynumber1
love
Broken beyond repair, where were you when I needed you?
15 0

lalabuddynumber1
love
I'm broken, but baby you don't care do you?
10 0

lalabuddynumber1
love
I need someone to talk too and listen to me.
1 1

lalabuddynumber1
help
Can I ask for a favor guys?
It's really serious

on tuesday night there was a really bad car accident involving three kids from my hospital. They were all football players coming home after practice and they were going 90 miles an hour around a corner and the car went airborne and hit two pine trees then a pillar. The guy who was driving was thrown through the windshield (yes he had a seatbelt on.) the kid in the passengers side got stuck under the car and the kid in the back needed stiches. the boys int he front were flown to another hospital. One of the boys suffers from brain damage, two broken legs, a broken wrist and a punctured lung. The other one had to have brain surgery a few days ago and is in a coma. My community is broken and we need prayers to help get these boys back on their feet.
2 0

Day Twenty-One - What you imagine your future with him to be like?
we actually talk about this all the time. We're gonna live somewhere half way between us. Three kids a puppy and we want a lot of property

Day Twenty-Two - A movie that is special to your relationship.
we don't really have one

Day Twenty-Three - What do you two like doing together?
talking on the phone or skype

Day Twenty-Four - How long have you been together?
we've been talking since june but dating for a few weeks

Day Twenty-Five - Ways you have changed since the beginning of your relationship.
I trust him, I have more faith in myself and he makes me feel beautiful

Day Twenty-Six - What do you friends think of him?
my best friend hates him but the rest of my friends love him.

Day Twenty-Seven - What is the next holiday you’ll be celebrating together?
I have no idea.

Day Twenty-Nine - Your favorite thing about him.
When we're ont he phone and my answers start getting shorter because I'm so tired and he always say "Go to sleep baby ill text you till you fall asleep we can talk on the phone tomorrow." or when he asks what I'm giggling at because he always knows the answer <3

Day Thirty - The one thing that makes him different from everyone else.
His personality. He would do anything for me.
1 0