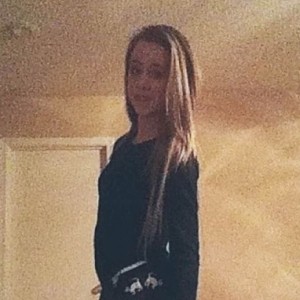 If anyone ever needs to talk, I'm here. Just so you know I can relate...
What I have gone through: depression, anxiety, self-harm, suicide attempts, hospital and mental hospital visits, and family issues.

There's a chance I'll be on a lot more or a lot less due to SUMMER.
I'm looking for more people to talk to, so I'll reply to everyone.

Would you like to know a bit about me? Well... lets see. I'm from Nevada. I've been able to swim without help or floaties since I was 1 1/2 years old, and have been on some swim teams and won a few trophies. I am a freshman this upcoming year and don't plan on doing any extra classes yet. But I want to do track & field and choir in sophomore year. :D I have two dogs, but one is currently living in California with my sister. I love animals so much. I am a Disnerd. Disney fandom, if you didn't know. :D But yeah. When I grow up I either want to be in the army, a marine biologist, or any job associated with Disney.


I don't even know when the seasons change
I just pay attention to the new Starbucks drinks and Bath and Body Works candles.
4 0

laurenliveslovely
funny
A boy in my gym class
saw my scars.

The boy I thought I loved
didn't bother to look.

A boy in my gym class
asked me what happened.

The boy I thought I loved
didn't care.

A boy in my gym class
smiled at me everyday.

The boy I thought I loved
ditched me everyday.

A boy in my gym class
told me he did it, too.

The boy I thought I loved
told me nothing.

A boy in my gym class
wasn't happy with his girlfriend.

The boy I thought I loved
wasn't either.

A boy in my gym class
picked me up and twirled me around.

The boy I thought I loved
wanted my body, not me.

A boy in my gym class
hugged me like never before.

The boy I thought I loved
gave me a worthless peck.

The boy I know I love
is a boy in my gym class.

IF YOU HAVE EVER
FELT THE PAIN OF SOMEONE
PRETENDING TO LOVE YOU...
then here's to you.

Tattoos and piercings don't make you a

wh*re. Going on Maury and still not

knowing who the father is; that makes you

laurenliveslovely
love
"Anyone desperate enough for suicide...should be desperate enough to go to creative extremes to solve problems: elope at midnight, stow away on the boat to New Zealand and start over, do what they always wanted to but were afraid to try."

Do you ever wonder
how everyone would react if one day you stopped showing up at school?
If one day you stopped answering your phone, stopped going on Facebook, stopped everything? Just imagine.
Its a normal day, like any other. Except for one thing... you weren't at school. Your friends think your sick, and send you a text asking you if you were okay. You don't respond, they think nothing of it; there are much more reasonable explanations to you not being there. The bell to first hour rings, and everybody squirms in their seat, dreading the school day. The teachers are collecting homework, passing out tests, and one of them is marking you absent. Still, no one suspects a thing.
Until your principal's voice is being heard all over the school. There are cracks in his voice, but everyone just thinks he might have a cold. He clears his throat and begins announcing why you weren't there.
You're gone, dead... never going to see anyone again.
Everyone goes silent. They were shocked... speechless. Nobody knew what to say. The people who teased you and called you names have knots in their stomach, convinced they did this to you. Your teachers have their hands over their heart, eyes closed. They'll never see you walk into class again with that big smile, they now realized that grin of yours was fake. Your crush, or boyfriend? Heartbroken, wishing he could just see your beautiful face one more time. Your friends? Their eyes tear up, they bury their face in their hands and start bawling. They can't handle everone staring at them. They run into the hallways, sliding down the wall and praying that this was just a dream.
Every person at your school is silent the whole day. The next day they have a memorial day for you. Most are crying, others are supporting, some were too broken to even show up at school. A heart is drawn on everyone's wrist with your name written in it. They wear your favorite color. Your desk in all of your classes is now moved to front of the classroom for the rest of the year. The desk is covered with Sharpie. Your classmates covered it with "R.I.P".
May seem like a dream having all this attention? Well guess what, you're not there to even enjoy it.
Taking your life isn't the answer.  Its not worth it.
Trust me.

"Anyone desperate enough for suicide...should be desperate enough to go to creative extremes to solve problems: elope at midnight, stow away on the boat to New Zealand and start over, do what they always wanted to but were afraid to try."
Richard Bach


He was only in love with what you gave him.

laurenliveslovely
love
I'd hate to have a perfect life, it would get so boring.
Life's imperfections make it worth living.