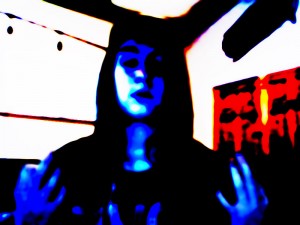 Don't lose who you are
In the blur of the stars.
Seeing is deceiving,
Dreaming is believing.
It's okay not to be okay.
1 0

laxchick28
songs
Here's the problem: In 2010...
-Over half, about 56 percent, of all students have witnesses a bullying crime take place while at school.
-A reported 15 percent of all students who don't show up for school report it to being out of fear of being bullied while at school.
-There are about 71 percent of students that report bullying as an on-going problem.
-Along that same vein, about one out of every 10 students drops out or changes schools because of repeated bullying.
-One out of every 20 students has seen a student with a gun at school.
-Some of the top years for bullying include 4th through 8th graders in which 90 percent were reported as victims of some kind of bullying.
-Other recent bullying statistics reveal that 54 percent of students reported that witnessing physical abuse at home can lead to violence in school.
-Among students of all ages, homicide perpetrators were found to be twice as likely as homicide victims to have been bullied previously by their peers.
-There are about 282,000 students that are reportedly attacked in high schools throughout the nation each month.
(http://www.bullyingstatistics.org/content/bullying-statistics-2010.html)
But I do believe we can change these ongoing bullying problems. We can form a safe environment where no one is judged.
Honestly, I'm probably one of the most awkward, weirdest people ever. And I don't have any really good friends that I feel like I can go to for help, and I know that's the case with a ton of people.
So here's how we change it: We rise against. We treat everyone here and out in the world with respect, because you never know what people are going through. We will be ourselves and be confident with that, and we will compliment each other on their unique traits. And we will never say anything bad about anyone else.
If you can vow to do that, then please join me. Together, we can start a movement.
3 1

laxchick28
love
I try so f/cking hard every day to get rid of these feelings. But they're haunting me. They come back again and again and I'm starting to think I can't be happy. Ever. At all. I wish I was never born at all. Why am I allowed to live when I hate every minute of every day? Nothing will make this go away, in fact, it will only deepen. It will only get worse. And I'm afraid of how much more I can take.
0 0

laxchick28
funny
Depression is like drowning while you watch everyone around you breathe.
4 0

laxchick28
school
What if nobody had names?
What if our names were just a series of numbers depending on when we were born? Like the recent babies names would be 7,000,000,000 something.
That would be so funny.
3 0