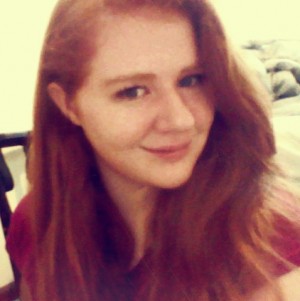 
follow block report
Layout Credit
Hi there
My name is Morgan, but you can call me anything thats respectable... such as:
Theresa, Momo, Moglie, Morgs/Morg/Morgie, Ginny, Alaska, Morgeenie, Rusty, Cheese, Ginger Girl, Frosty, Morgandonor, TheGingerOne, Etc.
My hope is that we become friends.  I am a very loyal person and no matter what I'll never leave your side.  You are gorgeous and wonderful, don't ever forget that.

★☆✮
People always say they want someone to love them...
Well, I don't really care if he isn't a hopeless romantic even though I am...
I don't want someone so intense all the time...
I want someone I will
laugh with,
cuddle with,
talk with,
joke with,
just be with...
I want my best friend...
I want the one I can't live without...

letthesparrowfly
love
For those of you who smoke, drink, cut, kill yourselves and those around you slowly,

there is already too much hurt in the world as is...

letthesparrowfly
inspirational
You said you're sorry for breaking my heart...
All I can say is...


Theres a better story, plus it's free...

Now its time to leave our mark


Lets go ahead and leave this world in awe

mine, redid an old poem
please no jockingg
i'll make it prettier later...

because this is all getting to be too much...

JUST GETTING IT DOWN
going to make it pretty later

Bored, this is the stuff that just comes out after watching a ton of chick flicks one Saturday... 'Prolly wont continue, hope you like it though; excuse punctuation and grammatical errors I just tried to get it down before I forgot

When he called saying he needed me I told him to come over ASAP. He sat there on the couch as I paced the floor. He was sitting straight, back stiff against the back of the couch. His eyes were wide and face apathetic. I couldn't believe how stoic he was acting about his girlfriend threatening to leave him. He just sat there, as if something else completely was on his mind. You can imagine my frustration when I had to sit there and watch him obsess over her and then when they were together gush about her all the time and now he was just sitting there, calm about this on edge about something else. I was pacing so much I worried there would be a hole in my carpet. I started making angry gestures as I argued with myself and then slowly started lecturing him. “Do you not have any passion or love for this girl at all?! You sit there for months talking about her, then you spend all of your time with her and when you're not with her you're still talking about her. You're obviously in love with her and you don't even care!!” I stopped short in my pacing as I realized the last sentence of my angry lecture. I registered what I had said, but noticed he didn't care, he had moved to his elbows on his knees, his chin rested gently on his interlaced fingers, eyes still unseeing, face still unmarked by any emotion. “So thats it then?! You're just going to give up on her?! You're going to give up on someone you've spent forever wondering about?!” he slowly got to his feet as I realized I was just standing there. I hadn't noticed the tears that now streaked my face. “You're not going to fight?! You're not going to fight for what you wanted so much?! What you spent all of your time talking about and thinking about and wondering about?! You're just going to give up?!” I had started punching him, but again, didn't register what I was doing. I was just acting.

“Will you fight for what you've wanted this whole time?!”

“Will you stand up and fight for something you've always wanted for once in your God forsaken li-” I didn't have time to react. He was kissing me... He knew how I felt about James... He knew I was dating someone else. He tried to pull me into a tight embrace but I punched him repeatedly in the chest, feeling the sickening thud of contact every time. I backed away and turned my back toward him, covering my sobs with my hand and holding my torso from shaking with my arm, however I couldn't stop the tears from pouring from my eyes. From the angle in which we were standing I could see his reflection in the mirror on the wall I was facing. I am unsure if he could see my expression, but his was as clear as day even with the tears in my eyes. I could tell how he was standing and acting from knowing him for all of this time.

“You told me to stand up for something that I always have wanted. Well that is you.” I pinched my eyes shut imagining his stance, one arm pointing down showing his seriousness, the other clenched in a fist close to his side. My body shook and I opened my eyes again. “Miranda, I love you, and I always have...” a shiver went up my spine even though he was standing far away from me. “Now you can tell me that you love me and then we can sort this whole mess out... or you can just tell me that you don't also feel these feelings that I have always felt for you. You can tell me that you don't want me, that you don't love me, just tell me those and I will leave you alone forever. But I promise you I can wait, no matter what, 5 years from now, 20 years from now? I will always be here, waiting...” I think he knew that I had always loved him... otherwise he wouldn't have told me. “Miranda you told me to fight, well I'm here and I'm fighting...you told me to stand up, well here I am, standing...” He grabbed my right elbow and I yanked it away. All I wanted was to be in his arms, but I didn't know if that was me talking or some suppressed sick feeling from when we were younger. “Miranda...I-”

“Just go...” When I turned around he was gone, his truck pulling out of the driveway. I never regretted anything else in my entire life more than those words I said right there...

letthesparrowfly
story
You Make Me Feel So
HOPELESS
{♥]
3 0

letthesparrowfly
lyrics
What is it about those moments that just make your heart thud, your smile grow, your senses tingle, and your personality just shining through that makes any day or situation just better?