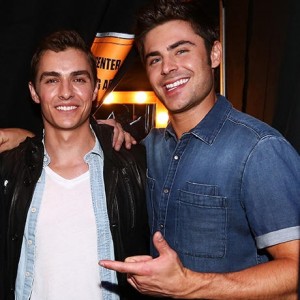 Wow, I haven't been on here for a while!

(don't mind the music, lol, i just feel that this song should boost the mood on my profile)

Quotes by art of hatred*

I'm so confused in life.
ALL THE MEMORIES, ALL THE PAIN,
Everything sometimes comes flooding back,
BUT SOMETIMES IT JUST WAITS,
To remind me of what I've done,
WHETHER SATISFIED OR REGRETFUL.
2 0

art of hatred*
life
Yes, I'm one of those people who
GO TO STARBUCKS WITH THEIR FRIENDS
and when ordering a drink,
GIVE THEM A FAKE NAME TO WRITE ON THE CUP.
2 0

art of hatred*
people
I fall inlove more easily with people
I OBVIOUSLY HAVE NO CHANCE WITH.
1 0

art of hatred*
love
When I get older,
I want to take the profession of
BEING A KID.

art of hatred*
funny
AT RESTARAUNTS:

TRANSLATION: LISTEN, YOU'RE GOING TO BE YOUNGER TODAY AND IF YOU SASS ME YOU'RE GROUNDED, YOU LIL' F4G. NOW SQUAT AND CHANGE YOUR VOICE LIKE YOU HAVEN'T HIT P__ERTY YET.

art of hatred*
funny
am i supposed to care?
or do you just want me to listen?
there's a difference.
1 0

art of hatred*
likeyerh
OH MY GOSH,
I GOT AN IDEA:

IT USED TO BE BETTER.
we're turning into something else.
monsters.

art of hatred*
witty
My mom unexpectedly popped up into my room and started looking at my computer screen when I was on the phone,
and when I hang up, she starts screaming at me
Because an ad on Witty had a couple kissin' and she was like,
"WHAT EXACTLY IS THIS? *points* THIS IS COMPLETELY INNAPROPRIATE!" and she starts babbling
at my age I shouldn't be seeing this on websites with 'random' letters.
Then I look at her with a 'derp' face and I'm like,
"Excuse me, but this is an advertisement. And what makes you think that I am immature?
I have a life and I would obviously not click that ad and don't you see that it's a whole different topic from
the-"
My mom leaves the room, slamming the door.

art of hatred*
life
DARKSIDE
likeyerh NOTE: I had to redo the prologue because it was covered due to a swear word and I didn't even have vulgar language in it. Oh well. To those of you who read the original, I've changed it a bit. Thanks for taking time though. :]


Shadows dance on the walls of my bedroom. I dig myself further into the blankets, hugging my arms. Goosebumps sprawl across my skin as I shiver. You're scared of a shadow of a tree on the wall. Pathetic. I curl myself into a ball, trying to ignore the voice. "Show yourself." I finally manage to speak. I've been listening to this voice rant on my life. It's not a shadow of a tree. I know it's a shadow of him. Why don't you show yourself? Just turn on the light and you'll see me, but of course you're too scared to. from the tone of his voice, I realize he's rolling his eyes - if he has any. I bite my lower lip, teeth gently sinking in slowly. If you don't come out of your little shell, I will break it for you. he laughs. I close my eyes, rolling to the left side of my bed and stretching my hand out. I click my lamp's switch on after a few minutes of feeling. I can't open my eyes. I'm pulling the covers. he adds. I tug my blanket closer to me, but he yanks it from my reach and I'm bare. My tank is too loose to give me warmth and duck shorts aren't the best insulator. I finally open my eyes and I see a boy, about my age, staring at me. He wears a biker's jacket and skinny, worn-out jeans. Aren't you beautiful? he grins, bending down to bring my chin to his. I shift slightly but he inches closer. I jab my fist at his face and he falls back. "Aren't you a fighter? I like girls like that, Emily Carson." his raspy voice changes into a handsome, low one.

Might be my FINAL ATTEMPT for a story because I'm less inspired but I really hope this one works. The original idea was a good one but hard to grip and keep the same format. So I kept it more brief and less complex. And so on, I hope you like this prologue. I spent like two hours trying to edit this and keep it simple. An hour on the original idea and an hour on this. Kay. Thanks.

TEASER: I hug his waist a bit more firmly, digging my head into his back.
3 0