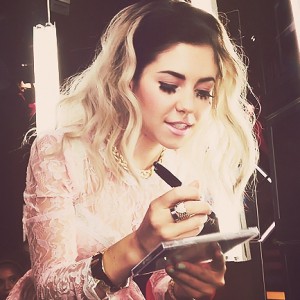 
follow block report
Layout Credit
hey i'm judith idk what to write here but basically i'm a weirdo and yeah you won't like me so whatever fuck off k? k.
Things i like;
Teen Wolf, Harry Potter, The Hunger Games, The Cronicles Of Narnia, The Avengers, Merlin, Pretty Little Liars, Percy Jackson, Heros of Olympus, The Lorax, Star Wars, The Amazing World of Gumball, Regular Show
music i like;
One Direction, Demi Lovato, Taylor Swift, Selena Gomez, Justin Bieber, Miley Cryus, Blink-182, My Chemical Romance, Panic! At The Disco, You Me At Six, Pierce The Veil, Thriving Ivory ,Paramore, Owl City, The All-American Rejects, Sleeping with sirens, A day to remember, Birdy, Frank Ocean, Marina and The Diamonds, The Weeknd, The Smiths mrsfredweasley
vent
me: I'm gonna study when I get home
me: wait is that a cat?
me: is that One Direction?
me: oh look, tumblr i'll just blawg for a while
me: lemme add some quotes on witty
me: lemme stalk my crush for a while
me: okay now i will study
mom: hunny time for bed!
me: Okay!!!!!

mrsfredweasley
funny
Me: Hey mom, look this is my best friend

Mom:  NO i'm your best friend

my brother: no i am


Come morning Light,ght
You and I'll be safe and sound.

Me:  I Should Of  Kissed You

Boy sitting by us: Wait kiss who? what?
Paperlung's format
11 0

Thirty-two secrets. Be honest no matter what.

Zero - Who was your last text from? jenni :3
One - Where was your default pic taken? my couch
Two - Are you being honest? totes.
Three-Have you ever lost a close friend? yeep
Four - What is your current mood? tireeeddd
Five- Whats your brothers name? john
Six - Where do you wish you were right now? in the uk <- stolen from peacex3jenn
Seven - Have a crazy side? defff
Eight - Ever had a near death experience? yeepp.
Nine - Something you do a lot? talk, eat, & listen to music
Ten - Angry at anyone? negatory
Eleven - What's stopping you from going for the person you like? fear of rejection
Twelve - When was the last time you cried? couple minutes ago. i was hyperventalating too. nbd.
Thirteen - Is there anyone you would do anything for? yurp.
Fourteen - What do you think about when you are falling asleep? him
Fifteen-Do you still have pictures of an ex boyfriend/girlfriend? yessirr
Sixteen- What was the last thing in your mouth? tooth paste
Seventeen- Who was the last person you talked to on the phone? sophie
Eighteen- What is your favorite song? crash - you me at six
Nineteen- What are you doing right now? listening to music and tumblring
Twenty - Where did you get the shirt you are wearing? new orleans c:
Twenty-one- Do you enjoy drama? no
Twenty two- Describe your life in three words? need a life
Twenty three- Who are you thinking of right now? robbie -_-
Twenty four- What should you be doing right now? chored
Twenty five- What are you listening to? my chemical romance c:
Twenty-six- Does it annoy you when PEOPlEzz TAlk likE THiS? y3$ !t Do3$
Twenty seven- Who was the last person who yelled at you? idkk
Twenty eight-Why were you last sad? idunnooo
Twenty nine- Do you use smiley faces on the computer? yes(:
Thirty-Have you ever changed clothes in a vehicle? who hasn't?
Thirty one- Are you happy with life right now? yea sure
Thirty two- Is there anybody you're really disappointed in right now? yesss
1 0

When my girlfriennnnnd
leaves the house, I take a few of her bras and put them on my chest and head.
I declare myself "bra-man"
she has yet to catch me in the act.