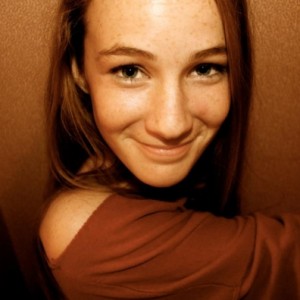 In 1995 two creatures tried to have a child. In September of 1995, their hearts were broken, for their baby died in the womb. It took a long time, but once they got over their broken hearts, they tried again. This time it was a success. September 13th of 1996, 10 days late, a beautiful baby boy was born. This wonderful child was named Christopher Donald Di Miceli. Since this child brought so much joy to their life, they thought, why not bring another child into our life? So, 2 years later, they tried again, and on December 25, the day after the due date, the pregnant creature did not go into labor. They had to wait 365 days to celebrate Christmas with their baby. It wasn't the end of the world, but it was tough. December 30th, a beautiful baby came out of her mother's womb. She was named Dominique Marie Di Miceli. Yes, that baby was me. And that is the story of how my family came to be. Unfortunately, this family didn't last together, so later you'll read about how my family tore apart. Well, my parents at least.

I live in New York but I  like to say I  have many homes such as: my grandma's beach house which I just love love loveee! NYC babyy! &&yes, I was born in the suburbs but I believe that I'm a true country girl at heart♥

I'm the kind of girl who would rather dance in the rain with the guy of my dreams than be [hooking up] behind the gym. To sum it up, I'm more Taylor Swift than Lady Gaga (no offense to her). Unfortunately, this guy does not exist. Weeeeeellllllllll, I've kinda sorta been in love with  this guy who lives on the beach (where my grandma lives, 40 minutes away from me) since I was, like, 7. Here's a cute story: I was on my boogie-board far out in the water one time and all of a sudden I fall off my board because of a STUPID wave and I hear the cutest laugh&&a "wow, that was a fail". Yes, it was him and yes, I was embarrassed. I think any of you Witty girls would be, too. The problem is...our status lies at that stage that kills the average teenage girl:
Just Friends.

I'm 13 and in the 8th Grade. Yes, I'm young for 8th Grade. No, I did not skip a year (well kind of, i don't really count pre-school though). I'm a nerd, and I'm okay with it. I have a 96.1 average and Princeton is my DREAM COLLEGE. Yeah, I am DEFINITELY a nerd.(:
I wouldn't say I'm popular, but I have a lot of friends, and I love them like family.If your looking for a judgey type of person to be friends with, keep on looking cause I'm not her. Me and my friends are better than that. And yes I DO know that was supposed to be 'my friends and I'. Uh-oh, the nerd in me is kicking in(;
I love photography, but when I said that to my parents I guess they took it as a little kid type thing and bought me a shit camera (don't worry, daddy. i still love you). Bleh, I'll get a better camera soon.
Soccer is my life, fortunately and unfortunately. One of my coaches, well, she's an ass, but I try to get passed it (kind of hard though).  I play goalie but I like the feild better sometimes. My team is a family (and I wish my coach was the runaway who decided to never come back...ever). I have it every Tuesday, Thursday, Saturday + tournaments. Now you see why I say it's my life? Yeah.
My parents are divorced and they have a strong 'dislikage' toward each other (I've been told hatred is a strong word(; whatever) I'm KIND OF okay with it (well it has been 7 years) but I have had my moments. My family isn't like most divorced families (if that even makes sense). I see my dad just as much as my mom. I love them both.
When my brother and hid girlfriend broke up [the day before their 7 month anniversary], I think I was more upset then he was. She was like my sister and I refuse to let THEIR breakup change our friendship so she is STILL and ALWAYS WILL BE my sister<3
I decided to save the best for last- friends (well, yes, of course family comes before friends but my family is so big and confusing an it would take years to explain). Anyways, my two best friends [Megan-6th Grade and Lauren-7th Grade] both have 1 brother [Brendan-10th Grade and Johnny-10th Grade] I have a brother, too, as you now know from before. He is in 10th Grade as well. The boys met in pre-school and have been best friends [practically family] since. And after that, us girls became even closer than our brothers were. So here lies the amazing story of my best friends.
Okay, if you just read that whole thing (and  DON'T lie) please comment on my page with your name, what brought you to my profile and something about you and I will dedicate one of my quotes to you (basically I'll write a quote about you) because... I LOVE YOU! K, bye!

Hey. I've been a Wittian forever but I haven't been on in so long. Honestly, I hate the new format and that's why I left. I can't deal with it. Whatever, I'll cope.

i already found two and one has the same name as me.... and dominique isnt very common(:

You have me to talk to. I'm so sorry for your loss. I just lost my grandpa last night but I understand it's much, much different. You're so strong.
reply 0

aww babe I feel so bad you have me to talk to if you need to :)
reply 0

service* lol sorry i had to
reply 0

dont give out the password, people might take advantage and ull end up getting blamed for it. but HII, my name is plush, id be glad to be your witty friend(:
reply 0

awhh, babe, that is NOT right. you NEED to stand up to them. you got me, ALWAYS. comment on my profile whenever :)
reply 0

saw this on instagramm :)
reply 0

omg, this is prob one of my favorite quotes lmfaoo
reply 0

POTTER♥ but, obviously you are going to get more favorites, because it's easier and people are lazy.
reply 0

if you switched the dress color with the hair color, you'd have lily evans right there.