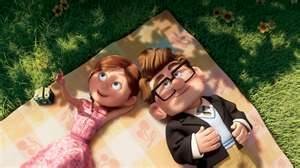 As children, we flinch at the sight of blood not yet realizing it means family, loyalty, and is the essence of life. But for all its virtue, there is the unavoidable reality that blood is often the child of pain, and a violent reminder that anything can be taken away in the blink of an eye.-Emily Thorne


What's the cutest thing in the

Kittens on a cloud,

kittens on a cloud.

who else still remebers this?

Everyone thinks I'm overdramatic when I'm upset but when an Octopus gets stressed out, it eats itself. now THAT'S overdramatic.


I can’t believe this, i thought what we had was special. you met my family and made me dinner. now all of a sudden you claim you’re a “waiter” and you’re just “doing your job”

*slides up to you* *winks at you* *gets nervous* *stutters* hhEy baby *starts sweating* uhhmm if I could rearrange the alphabet…*wipes away sweat* I’d….I’D PUT U AND ME TOGETHER….crap me isn’t even a letter.. *backs away trying to run away* *trips and falls*

PROFILES!
You've gone a long way and changed so many lives.
Thank you steve for such a wonderful website.

purple_flower
wittian
apparently this is the real story behind the show we all know and loved as a child
HEY ARNOLD!


Arnold is a boy who lives in a ' fictional ' city. The city actually is New York. The poor area of New York, it's clearly visible that Arnold lives in a ghetto. He's just a poor orphan living in with his grandparents Gertie and Phil. Well, he BELIEVES he's an orphan. He actually is the child of the people he believes to be his grandparents. The grandparents are mentally unstable and told Arnold that his real parents, of normal age, died in a plane crash. That's not true at all.

Because Gertie and Phil were old when they ' made ' Arnold, he was born with a few conditions. One of them is hydrocephalus. That the reason his head has such an odd shape. There's one type of hydrocephalus, the one Arnold suffers from, that's called the Arnold Chiari syndrome. That's the reason why the creators decided to call the boy Arnold.

Gertie and Phil themselves are mentally unstable. This is because of their age. This is also the reason why Phil sexually abused Arnold. Phil says to Arnold that it's totally normal that a grandparent does this kind of stuff to their grandchildren.

Arnold is being bullied for his oddly shaped head. This is where another condition Arnold has comes in. Because of Gertie's and Phil's old age, Arnold suffers from several psychological conditions. This makes him see things that aren't there. Because he's bullied a lot, he escapes to an imaginary world, with imaginary friends. That's the reason the other characters have weird shaped heads too. It makes him feel like he's normal, and no one can pick on him because of his head. This also is the reason why Arnold believes that his parents are his grandparents, and that his real parents died in a plane crash. His condition makes him believe that it is reality.

But the reality behind the series is way worse. It is reality. It tells the story about a poor boy living in New York. It's all based on facts. When the creator got lost in New York he accidentally got in to the poor area. It was really late, so he decided to stay at a hotel. Then he came across a 9-year old boy, the child of two people who were clearly too old to have children. He saw that the boy was mentally unstable, and he believed in all the things he made up. The creator decided to talk to the boy. He felt really sorry for the boy when he discovered the boy only had imaginary friends and would die if he didn't get medical care quickly. He felt like he needed to do something. So he asked the boy if he could tell his story, and then he'd make sure that the boy's life would become better.

But he didn't. He just used the sad story for a TV programme. He just took advantage of it. All the misery was so successful as a children's' programme. He became rich and didn't care about the poor boy suffering.

He did not tell anyone about the way he came up with the idea for the series. He knew that if the truth would come out, it would all be done for him. No one would support a programme created by someone who became rich over the misery of someone else. The secret was well kept for so many years. But when it all came out to one of the important people from the nickelodeon found out, the show immediately got canceled.

So, now you know it all. Where the idea came from, what it really is about and why it ended. The boy probably is dead by now, we can't help him anymore. But please, make sure no one takes advantage of someone else's misery ever again. We can help all those poor kids in ghettos, but not by making a programme about them.

so what do you guys think ?do you think its true?