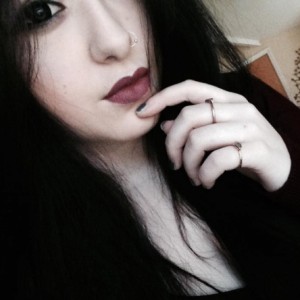 
follow block report
“People are crazy for believing that these walls will protect us forever.

Even though the walls have been intact for the past 100 years,

there’s nothing that can guarantee

they won’t be broken down today…”-Armin Arlert


Wendy, run away with me.

I'll be okay, just not tonight

Lady Phantomhive*
breakup
(I havent got a name for this yet, oops)

The beings that crave the blood of mankind.

Gripping the tiny fragile bodies in there gigantic hands, treating them as though a child's toy. Nothing will ever be the same again.
I heard loud cries for help from all over the town. I gazed across the horizon, titans towered over the houses and buildings which were once thought to be huge but now all look quite small.

Adults and children were all scooped up in handfuls, no matter the size for they where all just seen as food. Their screams of terror made no difference to a titan, they didn't care if they kicked and screamed, a human would be no more than an easy snack. Although just one isn't enough, sometimes one town isn't even enough. As the beings ate, biting into bodies of their victims, their blood fell like rain over the pathways and people below.

You can't help but wonder about what must be going through the minds of these people, it started as a day like any other, waking up with your family around you, doing washing, cooking meals, telling stories, at no point did they even consider this would happen, not once did they stop to think their lives could be gone in a matter of hours. Would they be scared? Stupid question, of course they would be scared, this is the end of them. This is the last time they're going to see the light of day.

What would there last thoughts be? Would they be thinking back to a time when everything was good. When the sun still shone high in the sky and the birds still sang, or maybe, just maybe they where pleased about this? It's a ghastly thought I know, but you never truly know what's going through someone's mind.

It's odd to think how this once used to be an extremely busy yet peaceful little town, now they've taken over everything, killing everyone in the way of their destructive path. That's the thing about a titan, they will take down anything in their way, titans are compelled to seek out and devour humans for reasons unknown, as they do not derive any real sustenance from them, they did not taste human flesh for nearly a century after they where first discovered. The most dangerous part of the Titans is their unpredictability.

But what about me, I hear you ask?

You have no need to worry, for I will not be harmed by these beings.

I slowly crouch down to the pathetic little humans, gripping them and pulling them into the air before dropping them one by one into my mouth, Spraying the town red with blood.

Like I said before, the most dangerous part of the Titans is their unpredictability...
3 1


I fell in love with the,
way you fall asleep:
Slowly then all at once

We all feel lost sometimes.


To wierd to live.
To rare to die.