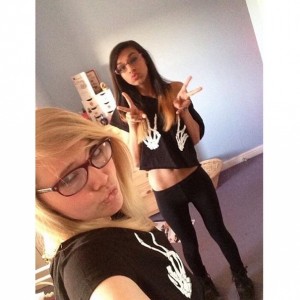 The amount of pain someone
is on shouldn't be measured
by how many scars they have
or how many meals they've skipped.

Does it really have
to get that bad in order for
people to understand that
they are hurting?


"Destroy what destroys you"
they say,
but they get mad
when you destroy yourself.

the worst goobyes
are the ones
never
said

because sometimes people do actually feel that way.
sometimes your life feels like it's caving in on you.
sometimes people really do feel like they don't want
to exist, like they want to just curl up in a ball, and
go into that place between life and death. saying "i
don't want to exist" isn't saying "i want to die".
it's saying "i wish that, for the time being, i could go
somewhere and not have to feel". i don't think there's
anything wrong with that. and if you don't know how
it feels to feel this way, then you have no place to judge
anyone who does.


this is the kind of sickness

that isn't excused at school

this is the kind of sickness

that no one ever notices

this is the kind of sickness


IT TURNS OUT BOYS DON'T REALLY WANT
TO FIX YOU, THEY JUST WANT TO KISS YOU
AND SPIT POISON DOWN YOUR THROAT.

or even in a year,

things will turn up

you will get better and

be able to look back

and say with relief: