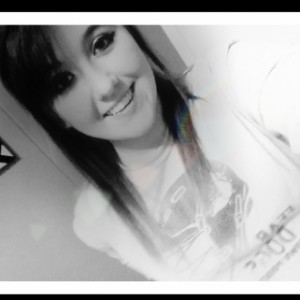 expectation is the root of all heartaches


I'm just a cold and lonely girl, living in a cruel and crowded world.


& DO YOU REALIZE THE WORDS YOU SAY MAKE BRUISES THAT WON'T FADEAWAY.

I love everything you do when you call me fxckin' dumb for the stupid shxt I do Wanna ride my bike with you,  fully undressed, no training wheels left for you and I'll pull them off for you.
3 0


Your skin is warm like an oven,
your kiss is sugary-sweet.
Your fingers feel like cotton
when you put your arms around me.

I feel like I'm just missin'
something whenever you leave.
We've got all the ingredients
except you lovin' me.

As he stood there by the door of the run-down dollar store, I noticed the curvature of his lips, the way that the pink faded into the peach of his face, the stubble of carelessness grew around them and down his neck. A cigarette hung from his mouth, billowing all of the unsaid words that he so desperately wanted to say. I wanted so much to tell him, honey, I know where you are on those nights that you can't find your way, the mornings that can't keep going, I know the impossibilities that haunt your beautiful mind and the way that you use those damned cigarettes as a gateway to reality. I wanted to touch his cheek and take his hand and show him the world of beauty and reason, but his mind was far away and he had not a clue that I existed and I had not a clue of his stature or where he was going and I could tell that his lips would not open to tell a soul about the nightmares he had every night except to his treasured cigarette that hung low, barely burning anymore, but had a captured spirit to it. I knew, without reason or doubt, that he was destined for magical things if not for his fxcking cigarette.
7 0

I met you at fifteen and at sixteen, I fell in love with you. At seventeen, when my grandmother took her last breath on the face of the earth, you cried with me at the foot of the gray stone. When you moved away at eighteen, we promised each other with a ring that we'd never forget the love between us, but at nineteen when I called you, it went to voicemail and I felt the earth shatter all those miles away. At twenty, you had forgotten my face and I'd remembered yours without fail. I realized at twenty-one that I had lost you and at twenty-two, I saw the love in your eyes as you used them to look at someone else. When I found him at twenty-three, I thought he'd erase you from by memory but sitting here at twenty-four, I know that it will never happen.
4 0

It's like
one step forward
and two steps back;
no matter what I do,
you're always mad,
and I can't change your mind.
6 0

Don't you hate it when
you get hurt really bad but it doesn't leave a mark...
Like, damn, I don't have any battle wounds to prove this atrocity.

I wish he would have spoken up, given me the story behind the crimson stains on the hem of his sleeve, given me a little piece of himself before he vanished altogether. It was only then, standing at the foot of the gray cobblestone rock that I understood the pain and horrible nightmares that he subjected himself to. No one realized that even when the sun was high in the sky, smiling down as the children down the street ran through their sprinklers and doused each other in warmth and prosperity, that he was constantly in the dark, a midnight so black that the last flicker of flame inside him was kissed and put out by the cold. It was only then, as I stood by his grave and felt the earth, dead and cold beneath my feet...
I understood exactly how his demons devoured him whole.
27 9


I guess it's just my fault for dreaming that I could be your sunset and you could be my way back home.


DO NOT ERASE THE FORMAT CREDIT OR MAKE IT INVISIBLE© format by: br0kenwings