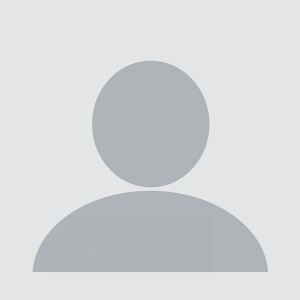 hi there... remember me?
reply

Every one does. hhaha.jk
reply

unless you made me smile.
then you can stay.
xoxo.

*all of rylie/marie's comments are kept safe down here vv*

have fun getting in!
reply

we we're talking about my cuteness..lawl.jk.
i forgot.
reply

WHY DONT WE TALK ANYMORE?!
I'M NOT GOING BACK TO ROSMARINS THIS SUMMER
SO I WONT SEE YOU
AND IM REALLY GOING TO MISS YOU
AND OUR VENT SESSIONS ABOUT BOYS
BECAUSE YOU KNOW ME, I ALWAYS HAVE A STORY FOR YOU
I GOT PUNCHED IN THE EYE TODAY AT CHEER.
IT REALLY REALLY HURTS.
:(
I REALLY REALLY MISS YOU
WILL YOU TAKE A TRIP DOWN TO SEE ME?!
YOU CAN DRIVEEEEEE
LETS GET A MOVE ON SISTA.
I DONT EVEN KNOW WHY IM STILL TYPING IN CAPS
I MISS YOU.
I LOVE YOU.
I KNOW YOU WISH A BOY JUST SAID THAT TO YOU.
BUT YOU'LL HAVE TO DEAL WITH ME.
OKAY
LOVE YOU.
BYENOW

no, i will not. it's the one thing i'm good at & you can't take it away from me.
i think "all of rylie/marie's quotes down here vv." would be a way better name for it, so.
i'm watching the pacifier & the part where all the girl scounts (that's what i'm calling them) are watching the army guy get milk in his towel & the little girl is like "see? i told you he had boobs!"
ha. ha. why do i have friends again?

yeah, no need to get awkward.
#jewlove
i'm laughing at how funny i am.
you know what's good? a napkin full of chocolate chips, it's delish.
just like your face.

hey screw youuuuuuu.
you probably fall down the stairs all the time
and everyone laughs at you
cause you're jewish

i fell down the stairs, nobody laughed
they just walked by me
and looked
cause i'm german

I've convinced myself we're meant to be.
reply

nothing about me is safe, i'm just dangerous.
i'm too cool for the world so i spend my life on the internet.
reply

THAT WAS REALLY DEEP. I'M SOBBING. YOU MAKE ME SO EMOTIONAL.
reply

well, it's this really weird thing where you shut off your laptop (it feels like death, but you're actually still alive) and then you take a step outdoors....the sun kinda burns at first, but you learn to adjust. a lot if interesting things happen out there
reply

you're not a bad friend
sometimes i do smell
like after practice
or if i was a hobo i'd probably smell
my family is preparing me for my future
they love me (':