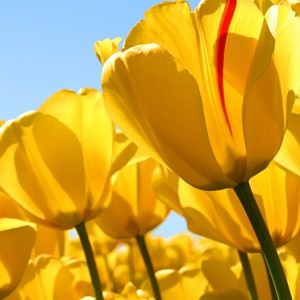 That summer
Chapter 1
My name is Marina Stevenson. At home, I’m the child to be hit by my father. At school, I’m one of those short, scrawny kids that always gets beaten up and pushed around, because I am a nobody.
A couple years ago, I found out that I had depression. But the madness started at an early age. I was 5 years old when my parents divorced. I was forced to stay at my dad’s. He always had a bad temper, but I never thought it would get so bad that he would start hitting me. When I turned six, that’s when I started being hit by my father. That’s also when he started drinking. At school, I always was and will always be the shy, quiet, awkward kid. The bullying started at 7th grade. I’ve been bullied for three years. All those awful things they had said to me spun around in my head, and I couldn’t stop thinking that I was never good enough.
I wore my usual hairstyle: ponytail. I walked downstairs to eat breakfast. No sight of my father. He was at work. But when he comes home drunk, the hitting begins.
After eating breakfast, I walked up to the bus stop. Two kids were getting on the bus: my ex best friend and her new best friend. They gave me dirty looks and I was forced to ignore them like always. Apparently I was late, because the only seat that was available for me was next to my ex abusive boyfriend. He smirked at me and touched my neck with his fingertips. I flinched.
“Don’t touch me!” I warned him.
“Oh what are you gonna do about it?” he said with his two eyebrows close together.
I ignored him and moved a little whenever he would touch me.
I closed my eyes and tried to imagine what it was like when he wasn’t like this. Because it’s true. He wasn’t like this. Last year he started doing drugs and smoked weed. I guess he just forgot about how much he loved me.
“Why are you wearing long sleeves when it’s 88 degrees outside?” he asked.
Did I mention that I cut myself?
I pulled my arm away, but he grabbed it again.
“Aw! Would you like me to kiss those for you?” he sarcastically said. “Attention seeker.” He rolled his eyes.
I felt the tears coming up but blinked them away.
My day went normal as people taunted me, gave me dirty looks, and pushed me into walls and lockers while calling me terrible things.
We had a substitute for my last period, Biology.
When the bell rang, everyone left the classroom, but the substitute told me to stay.
“Marina, we need to talk. I have to tell you something very important,” she told me.

sparkle123
story
I hate it when people who like Pierce the veil, all time low, black veil brides, mayday parade, and bands like that, say "I have good taste in music. Everyone who doesn't like that music has bad taste." Like NO. No one has "good" or "bad" taste. There is no "good" or "bad" taste. Everyone's taste is different. Saying people have a "good" or "bad" taste is like accepting society's idea of perfect. No one's perfect and they don't need to be. And if you don't understand this, then I'm sorry. I don't know what to tell you.
4 2

sparkle123
love
Restaurants should be like this now a days:
Instagram your meal and recieve a free concusion.
2 0

sparkle123
funny
If you watch "The Fosters" and "Pretty little liars" and you are a directioner then comment below!:)
4 2