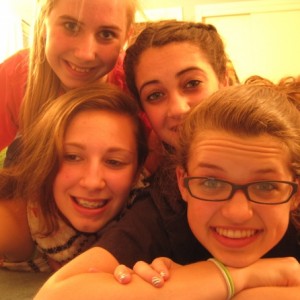 
follow block report
Jessica (call me Jess) || 12|| Single and Crushingg|| USA NH||
I wish my crush and I could be those people on the beach right now!>>>>>>
Anyways im Jess I blow out the candles on June 8.
Honestly life is a bitch. But suck it up because YOLO.
I play basketball, soccer and im starting to play volleyball. Also i did softball for one year.. it was okay... hahaha i also run xc. Any questions comment on my profilee :)
Hope you like my quotes! Follow me and i follow back!
While your reading this some people you should check out are:
withyouforever2012
1013luvsick
LightInTheDark
Lukas_is_witty really made my day thank youu! :) starbright14
funny
A little bit of devil
in those angel eyes♥

Once there was a man who had the chance to have dinner with one of the wealthiest men in the city. The two men decided to go on a walk before their meal. They talked gossip, politics, and such. During their walk, the other man noticed that whenever there was a penny on the ground he would pick it up, examine it, and put it in his pocket. After four pennies, the other man finally asked why. "Why do you, one of the richest men in this whole city, spend your time on pennies among the ground?" The wealthy one chuckled. "Well, ask yourself this, what is written on the penny?" The man thought about this. "The year?" the man guessed. "Yes, but that's not what I'm looking for." The other man thought even longer. After a while, the man gave up. The wealthy one took out one of his pennies and said, "If you look close, you can see something in writing." The man saw it. "In God we trust." The wealthy man smiled. "Every time I see a penny, this is what I think. We, as the people, need to know that God is going to help us. Through joyful times, or tough times, God listens to our prayers and does what is best for us. We need to trust God and know that he will anything do for his children.


I tried so hard

Not to cry, when i saw you walk away, but i couldn't help it.


credit: confessions_of_a_cutter
{My love, My heart is Breathing for this}
Moment in time
I'll find the words to say
Before you leave me today

when the parents aren't looking
~starbright14
449 5