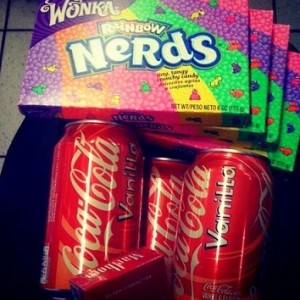 
Each time you ignore me,
I regret every text message that
i've ever sent you.

Growing up i always thought that quicksand was going to be a much bigger problem than it turned out to be. . .

Do you Harley promise to side by your future partner in crime,
to always have the TNT ready and primed and always through thick,
thin or the annoyance of Batman assist in burning this city down?
*I DO, Puddin'*, Harley says slightly buckling her knees a bit and obviously
crossing her fingers behind her back. She says so with a slight
almost child like giggle and bright doe eyes.

Do you Joker promise to not kill any elected officials without the assistance
of your beloved wife, to make her laugh from ear to ear and break her out in
the most comically violent fashion from any institute she gets stuck in?
* I DoooooOOO, Sugar puss*, The Joker responds with a devil like grind,
he too also has his fingers crossed behind his back in their typical fiendish fashion.

Well with the powers that be, I pronounce you prince clown of crime
and you Harlequin Jezebel forever intertwined in chaotic love that you called marriage.

Explosions fill the room, blocking off all the exits, poison like gas fills the rooms,
rising from pipes in the floor. The Joker and Harley reach into their wedding cake,
and remove two military issued gas masks. They cover them up, but not before
The Joker picks the priest up from the floor who is still gasping for air.

"Thank you kind sir, its been a RIOT!" HAHAHAHA..
In which he than snaps his neck, and carries Harley out through a drop in the floor.

People fall to the ground dying from the fumes,
the disco ball in the center of the room implodes raining joker cards throughout the room.

A marriage made in hell.

I am not a graceful person.
I am not a Sunday morning or Friday sunset.
I am a Tuesday 2am,
I am gunshots muffled by a few city blocks,
I am a broken window during February.
My bones crack on a nightly basis.
I fall from elegance with a dull thud,
and I apologize for my awkward sadness.
I sometimes believe that I don’t belong around people,
that I belong to all the leap days that didnt happen.
The way the light and darkness mix
under my skin has become a storm.
You don’t see the lightning,
but you hear the
echoes.


I want you to miss me. I want you to recognize me in your morning cereal and the voice of your favorite singer. I want you to wonder where I am when your fingers are stretched beneath your waistband, when you’re lighting up, when you’re tripping up the uneven step on your basement stairs. I want you to think of me when you look into your teacup and your rearview mirror.


It’s a most distressing affliction to have a
sentimental heart and a skeptical mind.

u wake up on Christmas morning and go downstairs, full of excitement. somebody is stealing all of your Christmas presents. it is Jesus. “its my birthday, not yours” he hisses menacingly, then runs away with all your gifts in his arms