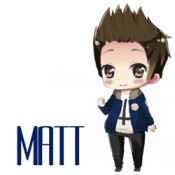 i dont care about 9/11
lets talk about pearl harbor
what was the date that happened again?
are their names read out loud everyday on december 7th?
YES that was also a terrorist attack also
montage videos? i havent seen any
right yeah b/c white people's lives are more important than hawaiian + asians who mainly died in pearl habor

surfmatteo
ok
I haven't been online in 8 months, that's nearly a year wow. Anyways I have made some wonderful friends on here and I feel as if I owe them the least to reply or maybe update on how I have been.
About 8 months ago I had a suicide attempt. I was probably in the darkest time of my life. I had nearly no friends left and was depressed continously. After my attempt I was in the hospital until they had a free bed in the psych ward. I was there for about a month until they felt I could go to a treatment center. I lived in the treatment center for 4 months and the place was absolute hell. I got out about 2 months ago and I finally felt well enough where I could stay at home and go to a day treatment. I go to day treatment everyday and I am working on bettering my mental health. That is my current priority. I am also working on family problems. Some may know or some may not but my mother was diagnosed with cancer the day after Christmas and died January 12th. It was really heart breaking but I had my brother there for me and I am getting through it. My mother was my best friend and she meant the world to me. I don't know what else to add I think those are the major things that have happened. I cannot log in all the time like I used to but will update as needed I supose. I love everyone who commented while I was away and I am so sorry if I worried anyone.
-
If you want to talk to me more, I don't have a facebook and currently am not allowed to have a cellphone so if you comment I will get back to you. I'm also not allowed on the computer often so I really am sorry if it does take more than a few days. I also no longer have a Tumblr account, it was my decision to no longer go on that site because it really stopped my progress and I was always self depreciating myself because of it. Thank you so much for anyone that was there for me.
6 4

surfmatteo
ok
Right before the colorado shooting one of the people Alex Sullivan (sully_2003) tweeted "going to see the batman movie, this will be the best birthday ever" or something along the lines of that and he had no idea that this birthday was going to be the last and it just shows how you can't take life for granted you could die at literally any moment and just as you take a breath someone takes their last and yeah just a thought so yolo or carpe diem or something just be grateful
8 2

it actually iritates me when girls (mainly "tumblr/witty girls") who think they're one of a kind  and they're so weird and original and they stay home on saturday nights and they're total "losers" and "nerds" and "AWKWARD" and it's the new cool thing to be very anti-social and be sickly obsessed with a band or tv show but it's really not and just stop. stop seriously though because that kind of behavior DOES make you look weird and that's not very attractive and you should be very social and that doesn't mean just online. dont you want to tell your future kids about your adventures and fun times as a teenager or are you going to tell them about how you spent it all online.  really though it's okay to take a break from the internet sometimes it will always be here. just one weekend get off the computer and do something with other people.

I WANNA BREAK ALL THE
MADNESS.
but it's all i have


sorry but i don't see a reason for breathing anymore.
13 5

sanity is for the weak.


dedicated to sam/bacon
why would you tell me my favorite band sucks. lol go away.