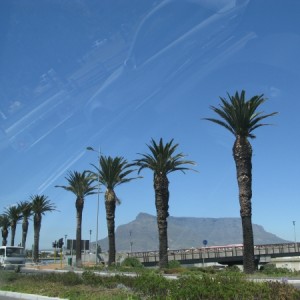 I'm nothing special, don't have
decent quotes or anything but if
you fave my quotes or even follow
me, I'd appreciate it so much!
bye for now! c:
-sweetperfume.


I'm glad you guys like me, cause no one else does.

I like it.
*not my format. credit to whoevsss :)
Format by fadesandformats
8 2


That one boy..
that you want to just run up and hug everytime you see him.that  ?`d

Format by XxprettixX Removal of credit is punishable by DEATH.
79 0

elritch2000
cute
How to get a good, nice boyfriend and

not to be hurt to badly and what to do

if you do get hurt by your bf :

1. cover yourself up, leave something to the imagination... be classy not trashy!

2. get them to work for you, the first time they ask you out, say maybe and don't answer them for a few weeks and see if they keep coming too you, or go to someone else, after 2 weeks, text him saying 'yes' or 'no' your choice!

3. get to know someone before you get into the s3xu4l part of the relationship, infact if you are going to have s3x at all, use condoms and the pill... if he doesn't want you too he is too immature and a player, get rid of him, you can get a better guy!

4.dont just go for the guys with s3xy looks, go for maybe a guy you've known for a long time, who you trust, or a guy who is obviously lonely or sad and might make you feel awesome!

5. if a guy hurt you physically or if he r//pes you or hurts you s3xu4lly, talk to an adult, you parents or teacher maybe, abuse is serious, it is no joke, no matter what they say!

6. don't make yourself look fake, wear eyeliner (only a bit) and maybe eyes shadow and clear masacara! and don't forget, a girls best accessory is a beautiful smile, you can get that by simply brushing your teeth and using mouth wash (and maybe floss) twice a day, you don't need lip gloss or red sl/tty lippy, you just need to be natural!

8. If you go on a date with guy, talk about him and yourself, talk about interests and stuff you both like, like music, books, ect. have a nice chat. laugh, lol, enjoy yourselves. don't think about past things, look to the present time, your with him!

9. NEVER sleep at your boyfriends house for a sleepover and don't visit him without his parents been there, and let him come to your house when your parents are there! and if they leave, get him to leave too, and if your at his and his parents leave, you leave as well! Its a lot safer, he is less likely to r/pe you that way. Parents hearing screaming or strange noises will easily run up the stairs and stop him!

12. hug him and kiss him, let him know you love him, and if he cant say he loves you and truly looking in your eyes and mean it, then he's not worth it!

14. Finally: wait until your 16, it'll make it easier and you'll be less naïve and older so... you'll be able to talk about s3x with him and get the pill and condoms... when you start dating a guy, get on the pill!


Thank's for reading, I wish you all look


in furture reletionships! remember if he


physical, verbally, s3xu4lly or in any


other hurts you, talk to a


parent/guardian or a teacher of adult,


someone can he, its not worth it,


dont ruin your life for him! dont let him


get away for abuse, in any form!