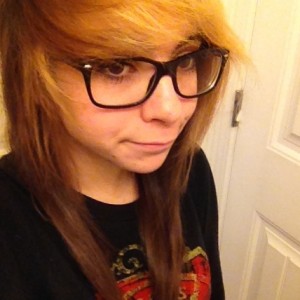 Cross Off the Things You Have Done

Graduated high school
Kissed someone
Smoked a ciggarete
Got so drunk you passed out
Rode in a police car for something you didn't do
Rode every ride at an amusement parkt an amusement park
Collected something really stupid
Gone to a rock concert
Help someone
Gone fishing
Watched 4 movies in one night.
Gone long periods of time without sleep
Lied to someone
Snorted cocaine
Dealt drugs
Been in a car accident
Been in a Tornado
Done hard drugs
Watched someone die
Been at a funeral
Burned yourself
Ran a marathon
Cried yourself to sleep
Spent over $200 in one day
Flown on a plane
Sat first class (1st seat ) on a plane
Cheated on someone
Been cheated on
Written a 10 page letter
Gone skiing
Been Sailing
Cut yourself
Had a best friend
Lost someone you loved.
Shoplifted something
Been to jail
Dangerously close to being in jail
Skipped School
Skipped a class
Had Detention
Got in trouble for something you didn't do
Stolen books from a library(accedentaly)
Gone to a different country
Dropped out of school
Been in a mental hospital
Been treated in a mental hospital
Have watched all the Harry potter movies
Had an online Diary
Fired a gun
Had a yard sale
Had a lemonade stand
Actually made money off of the lemonade stand
Been in a school play
Been fired from a job
Taken a lie detector test
Swam with dolphins
Gone to seaworld.
Gone to seaworld and seen Shamo
Got absaloutly socked by Shamo.
Voted for someone on a reality TV show
Written poetry
Read more than 20 books a year
Written over a 30 page essay
Gone to Europe
Loved someone you shouldn't have
Befriended someone you shouldn't have
Used a colouring book over the age of 12.
Had surgery
Had stitches.
Taken a taxi.
Seen the Washington Monument
Had more than 5 im's/chats online going all at once.
Overdosed
Had a drug or alcohol problem
Relative to someone with a serious alcohol/drug problem
Been in a fist fight
Gone surfing in California
Had or have a pet hamster
Pet a wild animal
Used a credit card
Did "spirit day" at your school
Dyed your hair
Got a tatto.
Had something pierced
Got straight A's.
Been on Honor roll.
Known someone with HIV or AIDS
Fell in love/ had or have a crush on your bestfriend.

can we talk about how much this changed in a year.

theglassbutterfly
survey
I think it's been like a year since I've been on here.. not sure how to feel about the new witty.
2 0

theglassbutterfly
weird
A lot of times I look
back and realize I
should've said no.
You, my dear, were one.
7 0

theglassbutterfly
inspirational
Ok. I am SO sorry I haven't been on in forever. My computer wasnt working, and I lost 200 followers. kinda sad :c so if anyone wants to help me gain them back, that'd be great!!!
1 0

theglassbutterfly
advice
They don't believe me but:
I've been on that ship
Sailed those seas
Walked those sands
Felt that wind
Stumbled down that mountain
Felt that pain
Cried for help
Recieved nothing
Cried all day
Seen my fate
Known my destiny
Hated it
Learned to except it
And now I'm fine so learn to deal with life, move on and understand.
3 0

theglassbutterfly
inspirational
A Perfect Boyfriend<3 • give her your hoodie even if you go to different schools
• give her a big t-shirt of yours to sleep in
• leave her cute messages
•kiss her in front of your friends
•tell her she looks beautiful
• look into her eyes when you talk to her
• let her mess with your hair
• just walk around with her
• forgive her for her mistakes
• hold her hand when you're around your friends AND in private.
• let her fall asleep in your arms.
• stay up all night with her when she's sick
• watch her favorite movie with her
• come up and grab her by the waist

Remember This:  • don't talk about other girls around her.
• if u love her others shouldn't matter
• when she's sad, hang out with her
• let her know she's important.
• kiss her in the pouring rain
• when you fall in love with her, tell her.
• and when you tell her, love her like you've never loved anyone else before
• answer her phone calls no matter what  :;Guys repost as: I'd do this for her.
Girls repost as: Perfect boyfriend.  --if you don't repost this in four minutes you will lose the one you love.
If you do repost this in four minutes the one you like/love will:
-call you
-kiss you
-message you
-get online and talk:)
8 2

theglassbutterfly
surveys
So youre telling me we spent our whole lifes trying to impress them
but you don't even know who they are
no one can tell me who they are and it scares me so much
We're all just playing our same little games
And I'm so sick of it, it feels like you're making it
All up just to make me feel inadequent it's like I'm
trying to breath underwater
And I'm left with the same stupid question:

Okay guys, I wanna write
a story!
But I have two options:
The first one is about a girl, Lacey, who lives in Florida but moves to Georgia, and one day her older brother's, Scott, friend that's a girl, Hailey, comes to visit them, and she has a younger brother, Sean, who is handsome and the same age as Lacey. Hailey gives Lacey Sean's number and you'll have to read the rest....

The second one is about a girl who falls in love with Harry Styles after meeting him at the beach, and when Simon hears her singing, makes her the official openning act for the boys. They're goal is to break all of Simon's rules in a week, but when he finds out things don't go to well.