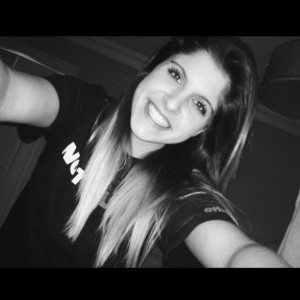 
follow block report
& In this moment, we were infinite.
The names Kristen and I was brought into this world on the !st of February.
I have six bestfriends whom I'd trust with my life, and I'm extremely thankful to have them.
Singing, acting, dancing, and playing volleyball pretty much consumes most of my time.
Music is a huge part of my life, and it's been there for me when nobody else was. I've been through way more than I should have been, so if you ever need to talk to someone, I'll be here. Because it sucks to feel alone.
I'm hopelessley in love, and he'll never even know. Erm, okay that pretty much sums up my life in a nutshell, so I hope you all have a wonderful day(:

I just told my bestfriend I was in love with him.
I literally cannot believe I actually just did that.

thel0velyfakesmile
holygod
Its not telling you how I feel that scares me, it's what you'll say back.

And today would have been a year.

thel0velyfakesmile
iloveyou
And yes, I still wear that necklace.
You, and all our memories, are forever with me when I wear it. It reminds me of how in love we were. How happy you made me. I wish it was still like that. Just the two of us, in over our heads, completely and utterly in love.

thel0velyfakesmile
iloveyou
Hey.
Listen you fool. If it hasn't been obvious enough, i'm in love with you. I always have been and I always will be. Do you remember? Do you remember why I broke up with you? It's because I thought it's what you wanted. You told me right before you asked her out that that wasn't what you wanted, and then proceeded to tell me that there was nothing we could do about it now. That it didn't matter. But listen. You? You matter to me. You can't even begin to understand how much I care about you. How much you mean to me.  We've been through way too much together. Our memories?.. Their freaking irreplaceable. I want to continue those memories with you. I want you to be apart of my life, something more than just friends. You don't understand how lost I am without you. For three years, on and off and on and off we've dated. Why? Well for me, it's because I hadn't moved on. I still haven't. I truly believe you're the one for me. We're meant to be together. I'm crazy about you, and I miss you an awful lot. And it shatters my heart each and every day when I see you with her. You're slowly slipping out of my life, and that feeling sucks. I just can only hop that one day I mean as much to you, as you mean to me.
2 0


If some other girl tells you
she loves you,
I hope you remember that I told you first.


I fall for you harder, and harder
each day, fully confident in knowing that in the end you're going to destroy me.

thel0velyfakesmile
stupid
You're unhappy with your life. You think everything is going all wrong and that nothing will ever get better. You've hit rock bottom. All the bullying caused you to spiral into a deep depression. You know it's time. You go home, and write your suicide note. You head for the bathroom, open the medicine cabinet, and grab the bottle of pills. You're ready to leave, thinking nobody will care if you were gone. But you know what...you're wrong. What will your parents do when they come home to find there precious baby girl, gone? They'll start to blame themselves. Your mother breaks down. She doesn't know what because she's in such a state of shock.Your father? The one who never cries? He's been bawling for the past week, and hasn't shown up for work. Your little sister is too young to know exactly what you did..but she know's you're not coming back. You were her role model...she looked up to you. And you let her down. She sits in the corner at school, alone, every single day. She distanced herself from all her friends, and goes to therapy every day after school. Your bestfriend? She thought it was her fault for not seeing the signs. She cries herself to sleep every single night. She hasn't eaten anything in a week, and developed an eating disorder. The boy that used to bully you? He ran away from home, and hasn't been seen or heard from since. Your teacher? She quit her job because she knew she couldn't handle ever seeing another student go through the same thing. The kid you had a crush on? The one you thought would never like you back? He had a major crush on you since the third grade, but was too nervous to say anything, fearing what you would have said. Him? Yeah, he started to cut himself...every day. Everybody in the town came to your funeral. They were all in hysterics, knowing that the girl who's made a difference in everyone she knew's life...was now gone. Two years later, people still haven't forgotten what happened. You're gone. And you can't ever take back what you did. And that's the problem. Suicide isn't the answer. Nobody ever deserves to be in that much pain where you feel the need to kill yourself. Life is so precious, and you have so much more to live for, than to give up your life because of the things people say to you. Think of all the things you can accomplish in the future. Middle school, and High school are such a small chapter in your life, and in the future, you can look back and think to yourself, 'You know what, I made it'. Because you did. If you think nobody cares you are certainly wrong. Because people do care, and if you ever need a shoulder to lean on, I'll be here. Suicide is a permanant answer to a temporary problem. Once you're gone, theres no coming back. So chin up beautiful, because I'm telling you,
You're worth it.
5 0

thel0velyfakesmile
inspirational
hey little fighter,
please drop your handy lighter,
give me your razors, now please
lift up your sleeves.
your scars will stay but your
brusies will soon fade away.
now please eat because angel
you're worth something to me.
so take it in, take it in and breathe,
know things get better.
because darling even in this gloomy
weather,
it can't rain forever.
6 0


my science teacher threw sodium chloride at me today.
i reported her for a salt.