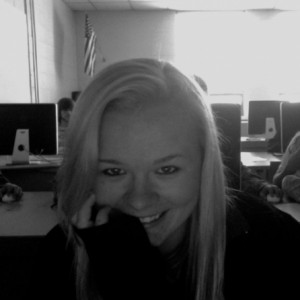 Wow. Wow. Wow.
It's been 7 years since I've posted anything about this story, MY story. Just wow.

This story isn't about my life with brandon anymore, and *spoiler alert* it's not a story that is going to end with brandon in it. In 2011, I was a stupid 15 year old girl who was a sophomore in high school. The last you all know, I was breaking up with boys left and right for brandon. Believe it or not, he was not who or what I was looking for. 2011-2012 was the last time we dated, I'm not even sure how long we ended up dating for, but it doesn't matter anymore. There were a lot of inconviences with him from then on out for the rest of high school, he was on my bus for awhile, and when he got a car he would occasionally give me rides. Junior and Senior year in high school are such a blurr now, they went by so fast (and trust me, unless you have really bad experiences in high school, believe us when we say that you WILL miss it) I was even in one of his classes junior year and it was not pretty. Don't get me wrong, I wish the best for brandon for the rest of his life, but I don't physically care about him, he was my first "love"  (I'll explain in the advice section at the end) and I don't regret anything, because it's what brought me here, to where I am today. I actually ended up dating the kid I was supposed to go to the semi-formal with (back in 2011, check Is This It? Part 4) His name is Cam. We started dating in November of 2012 and lasted right up until August of 2014. We had both moved on and I even wished him a happy birthday when it rolled around, but there was never a response. Thanksgiving, Christmas, New Years, and not a single word was exchanged. My birthday day and I got a text message from Cam, and that was it, we talked for an entire week, and sure it was awkward at first but then not at all. We started dating again a week later (2015) and we haven't stopped since (2018). We've had many bumps through this part of our relationship, but it's nothing I'm going to get into. He IS the one. Not brandon, or any other guy that I talked about in this series, and I feel bad for not going to the formal with him when I was supposed to, but I don't regret anything that has gotten us to this point. I WAS a stupid 15 year old girl who was a sophomore in high school, now I'm a SMARTER, 22 year old woman, who is graduating college in TWO months with a baccalaureates degree in business. I'm all grown up and I know what I want. This relationship I am in is so much more than what I've ever had with anyone else, and I plan on spending the rest of my life with Cam, having a nice house with 2-3 kids, a dog and a cat. I dream of the typical american family with the white picket fence, and I know that some day I will have that with him, it might not be a white picket fence, but it might be brown or blue. This story is about my life with Cam, and it's going to end just like this. Him & I.

Some advice for any high school girl that still rolls on here: I put the quotations around the word love because I don't feel the same way about Cam as I did brandon. What I feel with Cam is better, I can't describe my feelings with cam (i know it sounds cliche but it's true) You think your first love is love because you don't know anything else until it comes around. Some high school couples work out, some don't. I just got lucky and ended up having a relationship I THOUGHT I wanted not working out, which opened a door to a relationship that I don't ever wish never worked.

I promise this time that this is the last part of Is This It?
2 0

whyislifecomplicated
love
Ive had break ups, had terrible heart breaks and aches. Ive had times of serious depression and have been miserable for weeks on end. Ive been suicidal and have had times when I thought life couldnt get any better and I just didnt think there was a reason for living. Friends have come and gone, in and out of my life for awhile and I honestly dont care, they obviously never deserved me as a friend is they could walk out just like that. Ive come to realize I know who my real friends are, there is a point in living. Ive found the love of my life, and im never going to let him go. I love him. I love my friends. My life is good.
I Am Happy.
And I Just Told You My Life Story
3 0

whyislifecomplicated
love
how can i still have feelings for you after all that you did to me?
6 0

whyislifecomplicated
iloveyou
So this year im promising myself, I will get the body I want.
6 0

whyislifecomplicated
healthy
Forever Summer prologue -------------------- The school year was finally over. No more tests or exams, for the next two months. It was time to hang out with friends and relax by the pool and tan. Me, I was excited. Every year my family takes me and a friend of my choice on vacation. This year we were going to Byron Bay in Australia. Which is a ironic because my pen pal, that I was assigned to in english class, was from Australia. I still write him, I thought it would have been rude if I abruptly stoppped after the assignment was over. To be totally honest, I was falling for someone that was halfway across the world, and I don't even know what he looks like, and yes I was scared I was going to run into him while I was there but I didn't think it would be possible since australia is kinda big and what would the chance be that he lives there?
His last letter to me that I never was able to read because I had already left for Australia:
Dear Summer,
I know you're going to like your vaction here. Australia is an amazing place and the sun is almost shining, and we are known for having a lot of your favorite animal. KANGAROOS! You should come to Byron Bay, I"d love to meet you in person! I hope you have fun here! Write me when you get back!
~ Forever, Austin Bindle.

whyislifecomplicated
story
6 months ago.
It was only that long ago that I found my prince charming.
It may not seem long to a lot of you on here, but it is to me.
This boy, if I can even consider him a boy, he’s more of a man than a boy, means the world to me.
He is always there for me, like a best friend would be.
He is my shoulder that I can cry on.
He’s funny, cute, nice, caring, adorable, weird, goofy, smart, somewhat athletic, a game freak, and more.
I’m allowed to be myself around him, and I’m not scared of anything.
Nothing is weird between us anymore, that’s how much we have grown in just a short amount of time.
He cares about me, and that’s all that matters.
I never want to lose him, as he does me.
I love him.
And that’s all that matters
2 0

Last night everything was perfect, it was one of the happiest nights of my life. Everyone was happy, including my parents. We were having a little party for no reason whatsoever. A few of my friends, a few of their friends. Their party was downstairs because they were drinking, so the girls and the few boys I had over took our party upstairs. We played a few games, like spin the bottle, Twister and Uno for a few hours. Then I passed out.
I was remembering all this while I was standing at my front door talking to the police. I woke up at the bottom of my stairs all bruised and beat up and on top of that my parents were missing.  The police were asking me all these questions that I couldn’t answer because I had passed out. I told them all my basic information. Name: Alisson Burtley. Age: 17. Address: 379 Auburn Road in Orange County, California. I’m an only child, and I have no idea where my parents could have possibly went. Great.

Let me know what you guys think, i made this story for my creative writing class and got a pretty good grade on it so (:
3 0

whyislifecomplicated
story
Guys, I got a job....
0 0

whyislifecomplicated
fun
Why'd you have to go and make things so complicated?
2 0