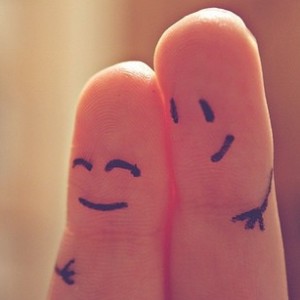 Status: "Pudge. Pudge, what you must understand about me is that i am deeply unhappy."
Joined: April 18, 2012
Last Seen: 9 years
Birthday: July 15
user id: 293218
Location: correcting your grammar sorry
Gender: F

i like one direction, books, danisnotonfire, amazingphil, weird people and music

i ship myself and cheesecake #kathcake

willyoubemyleprechaun
funny
every single person you know has something in their life and past that is probably worth collpasing to the ground in an uncontrollably sobbinh heap over, so be nice to eachother and tell good jokes

willyoubemyleprechaun
advice
"Alone. Yes, that's the key word, the most awful word in the English tongue. Murder doesn't hold a candle to it and hell is only a poor synonym."
-Stephen King
13 0

just because you're not  perfect ,

that doesn't mean you're not


After Niall had finished explaining the others sat there shocked. Niall then said that Karen was down at the station and obviously Alex would no longer be our teacher. ""That explains it!" Dianna exclaomed. we all looked at her expectantly. "It explains why you got full marks on that maths test. I remeber after you  ssaid thaat you got 18 for question 20 and i was sure it was 15. and he marked it right on mine....." Everyone laughed including me. Bec grinned "trust you dianna!" Harry grabbed her round the waist and pecked her on the cheek. All the couples then siultaneously began making out. Niall and I rolled our  eyes at eachother. Harry broke away from Bec and cried "lets go to nando's!"
******8*******************************
it was about two in the morning when we got to nandos and as soon as i sat down on the synthetic seats i felt exaughsted. Through my drooping eyelids i could just make out bec and harry sharing a chicken burger. I could feel myslef slowly driftying off when someone handed me a frozen yoghurt. I looked up at Niall who sat down next to me. "Thankyou. For rescuing me," I said shyly, feeling my face going red as i thought of the embarrasing crying. "It's fine. He was........i needed to know you were safe."
"God i'm tired." I leant back on the chair. Suddenly a heap of flashing lights were in my face. I felt microphones under me, asking me questions about alex. i didn't know what to do, it felt like i was drowning. Niall grabbed harry and I and we ran out into a van. "Go to sleep, Youve had a big day," Niall instructed and i felt myself drift off on his shoulder.


He turned around to finish off taking his shirt off and I saw my chance. I kicked him hard in the back, sending him sprawling over the floor. His nose hit a chair with a sickening crack. He got up slowly and menacingly, his nose crooked and covered in blood. Acting quickly, I grabbed my bag and grabbed my handy hairbrush. He rushed at me again and it hit him with the hairbrush and for good measure the bag as well. Alex moaned as the pointed spikes collided with his skin. He attempted to drag me, and mustering all my strength I kicked him again in the chest. Hard. My heeled boots pressed him down and as he fell the back of his head collided with bthe floor with a sickening crunch.
Grabbing my bag, I ran out and slammed the door, locking it from the outside with my key. My hands were shaking and I dropped down to my knees. I went to call Bec, my usual emergency-person but got her answering machine. Something was wrong, Bec ALWAYS answered her phone.
HARRY'S POV
Harry tugged the butterfly clips out of his curly mane and smiled at Bec who bwas attempting to help him.Suddenly, he heard his own voice coming from Bec's bag. "If only you saw what i can see, you'd understamd why i want you so desperatley." He grinned at Bec. "I'm your ringtone?" she blushed bright red and nodded. "Who is it?" He asked. "It's Kathy, I should probably..." but Harry stopped her with a kiss and the phone was left vibrating on the bench top.
KATHY'S POV
Bec refused to pick up and even though I tried the other girls no-one picked up.Phoebe and Dianna never had their phone's turned on and even if Amy ahd hers it probably wasn't charged. Anyway, they were on a triple date with BooBoo and Liam was out with danielle which left only one person. I swallowed and winced as I heard a bangh from inside the hotel room and an animal yell. Alex was waking up....
*****************************************
The police dragged him out of the room kicking and fighting. They questioned me and I told them all I could and then took him away. Niall got there straight away. As soon as he arrived, I broke down into frightened tears, i could hear alex roaring in the room. It was niall that called the poloice and told them all he could get out of me. He gave me a hoodie and found some hot chocolate and sat with me while we waited for the police to leave.
"Come onm, let's get you home," he finally said, helping me up. I leaned on him gratefully and he led me out the back into a van. "You're safe now, I promise. You're safe, I'm here," he whispered comfortingly into my ear the whole car journey.
*************************************
the first thing I was confronted with was Zayn and dianna making out on the couch when we walked in. Evidently they'd made up. Niall sat me down and I just sat there in shocked silence. He pulled amy and BooBoo out of the bedroom and found Phoebe and Louis kissing in the kitchen. Finally Harry and Bec xcame up hand in hand and Niall explained my terrifying night.

willyoubemyleprechaun
story
hello my lovelies,
i am on camp all this week but i PROMISE the next chapter if 'moments' will be up next weekend.
xx K
5 1

willyoubemyleprechaun
story
let's start a revolution
and stop hating our bodies.
because we are beautiful.
you ARE beautiful.
and you are LOVED.
16 1

willyoubemyleprechaun
inspirational
that awesome moment when you make up with someone