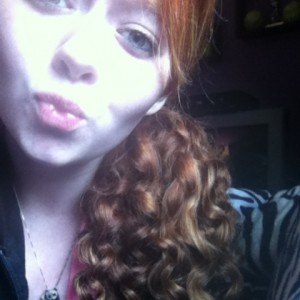 
It drives me insane how much girls hate on Taylor Swift.
Yeah, she's had a lot of relationships, but she's trying to find her prince charming.
Yeah, she's constantly writing about relationships, but what's one thing you and your friends have in common that you're stressed out about, boys? Right..
Yeah, she doesn't sing the way she used to, she's not fiteen anymore.
Yeah, she clearly made a remark on Harry when she was opening the Grammys, but tell me that there isn't a single guy you wouldn't get revenge on if you could. You don't know how their relationship ended.

Don't act like you are so much better than her, because she's just a girl growing up and dealing with the crazy and judgemental world.

xOstephh27
inspirational
Nothing like going to bed with stinging eyes from crying..

Haven't had a bad night in a while, but all of a sudden everything stops going so great, all at once.
4 0


You know my name, not my story. You've heard what I've done,

but not what I've been through.

xOstephh27
inspirational
You're right.
People do lie, and cheat, and they will stab you in the back. There will be people who use you, and don't love you, even though they say they do. But you can't let that stop you from living. Because there are people out there who do love you, and would never ever hurt you. You have to find thouse people and keep them in your life forever, they're the ones who care.
1 0

keep your head up high,

I won't ever understand why those with
the biggest hearts
always end up being treated like crap.