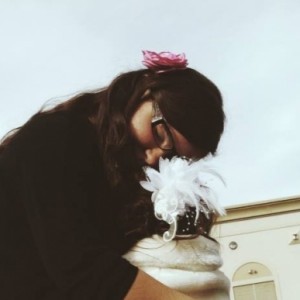 I am an anti-social person... (most of us are.)
I love to read books and listen to music and draw. Now I am also taking up writing. Currently I am writing a story on Wattpad- find me at xXsilentxforeverXx (or something like that).

I'm not special or anything...
I am so weird you'll be so weirded out you'll think I'm weird.
Apparently writers are socialy awkward... So that makes me a writer!

I have *insert number* and it's still going on! :)
Lets just say this box is all about music. O.K? Good.

Any(mostly) Christian music
Adele
Monsters of Men
Cold Play
and I can't think anymore because it's like 9:50 here and my brain shutdown along time ago...

XxsilentxforeverxX *
cleverbot
Cleverbot finally admitted to being a robot.

XxsilentxforeverxX *
finally
Things have been confusing me lately

XxsilentxforeverxX *
love
I've lost many things,
But I sure don't want to lose you. ♥
6 0

XxsilentxforeverxX *
wishing
ya srry I bombed ur notifications.....

XxsilentxforeverxX *
love
My little cousin wanted to write a letter to Santa.

Abby: Daddy can you help me write a letter to Santa?
Dad: Yeah sure, go get a pencil and paper.
Abby: But daddy, can't we just text him?
10 0