I saw my best guy friend for the first time since June last night,

I saw my best guy friend for the first time since June last night,
He didn't even say hello.

Well, you know what?!

Be that friggin way.
I have better things to do than waste all of my time on you.

I'll give you the background story...
During the school year,
There was a rumor that he was going to ask me out.
I told everyone that we were just friends and all that crap,
But he seemed kind of...hurt? I didn't know at the time,
But looking back I think that's it.
Anyways, then after about a week and a half,
We went back to being friends again, but
I could tell that something had changed.
During youth camp he acted like everything
Was fine, but he didn't hang out with our 'group'
As much..
In fact, he straight-out avoided us as much as he
Could.
And now, this?!
<//3


Advice, more than welcomed! Send me a message, or comment, or whatever it is we do on Witty.
;)

just try talking to him, and ask him whats wrong since you guys were so close, just try lol
reply 0 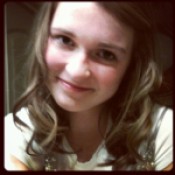